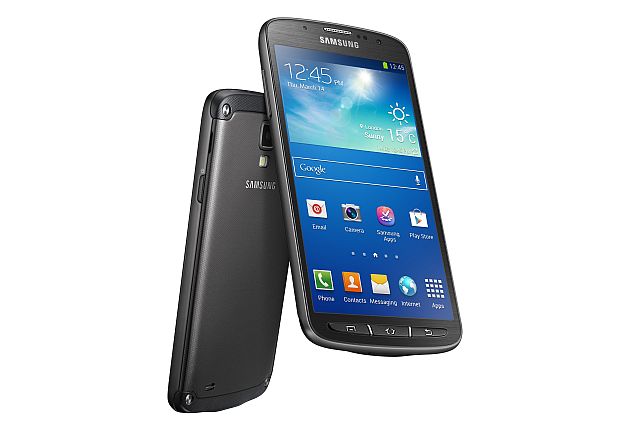 Details of this new iteration of the Galaxy S4 Active were leaked by Korean website DAUM(via - Slashgear), which claims to have spotted documents related to it on Samsung's Korean website.

The documents suggest that the Galaxy S4 Active's LTE-Advanced version would also come with IP67 certification being waterproof and rustproof. The new version is said to offer LTE-A connectivity through Qualcomm's processor-integrated LTE antenna, allowing the phone to work with more than one LTE band for faster access. This would imply it would be powered by an advanced version of the Snapdragon 800 chip. 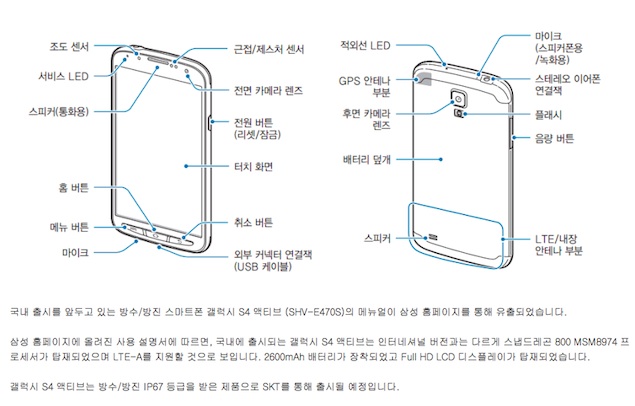 The other specifications of the phone are the same as that of the original Galaxy S4 Active phone. The Galaxy S4 Active comes with 2GB of RAM and features a 5-inch full HD (1920x1080 pixels resolution) TFT LCD screen that has a pixel density of 443 PPI. It runs Android 4.2.2 Jelly Bean

The Samsung Galaxy S4 Active sports an 8-megapixel rear camera with LED flash and a 2-megapixel front facing camera. The phone offers 16GB internal storage in addition to a microSD card slot that allows users to expand storage up to 64GB. It comes with a 2600mAh battery.

The phone will reportedly be launched only in South Korea through SK Telecom. It's worth pointing out that SK Telecom is the world's first telecom company to have launched an LTE-A network that is capable of reaching network speeds of up to 150Mbps, up to twice the normal 4G speed.

Samsung had also launched an LTE-Advance version of the Galaxy S4 in South Korea in June.
Comments