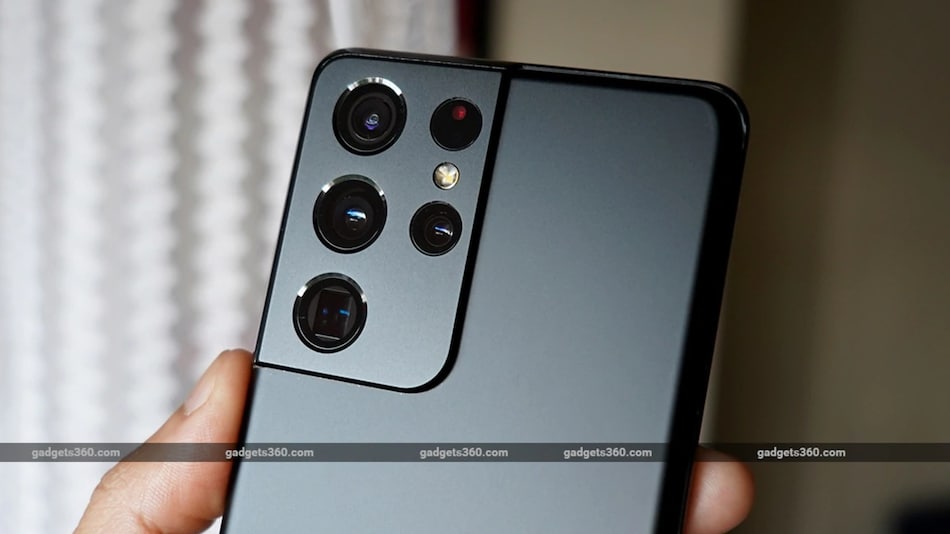 Samsung Galaxy S22 Ultra is said to feature the third generation 108-megapixel primary sensor according to a tipster from China, which is different from what earlier tips had suggested. Samsung was expected to bring a higher resolution camera sensor to the Galaxy S22 Ultra but it looks like it will use a more refined version of the sensor that's already present on the Samsung Galaxy S21 Ultra. The Korean tech giant has not shared any information on the Galaxy S22 lineup yet but there have been a couple leaks about the phone's camera including collaboration with Olympus.

Samsung launched its flagship Galaxy S21 series of smartphones in February this year with the Samsung Galaxy S21 Ultra sporting a 108-megapixel primary rear camera sensor, along with three other sensors. In April, it was reported that Samsung may partner with Olympus to produce camera modules for the next generation of Galaxy smartphones. In the same month, alleged renders for the Galaxy S22 Ultra showed a 200-megapixel camera sensor along with Olympus branding. Now, a known tipster from China has shared on Weibo that Samsung will not be using a 200-megapixel sensor on the Galaxy S22 Ultra but instead use the third-generation 108-megapixel sensor.

As we have seen in the past, a higher megapixel sensor isn't always better than a sensor with a lower megapixel count. Retaining the 108-megapixel sensor for the Galaxy S22 Ultra and making the image processor better, more optimised, can show significant improvement in photo and video quality.

As of now, there is no official information on the Galaxy S22 series but past leaks have suggested that the Samsung Galaxy S22 will feature a triple rear camera setup that would include a 50-megapixel primary sensor, a 12-megapixel ultra-wide shooter, and a 12-megapixel telephoto shooter with 3x optical zoom.