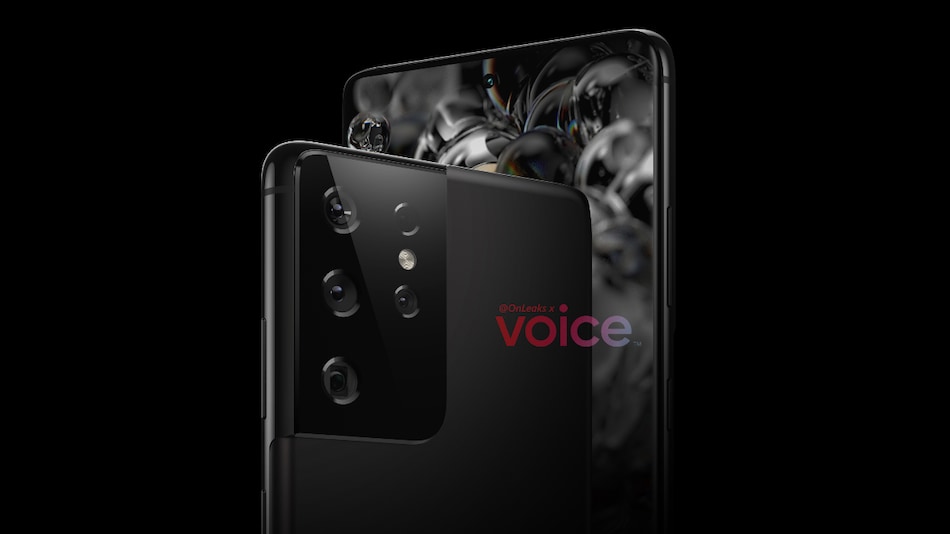 Tipster Steve Hemmerstoffer, aka OnLeaks, shared an updated render of Samsung Galaxy S21 Ultra on Voice. Hemmerstoffer claimed that his sources have shared some changes to the camera setup on the top model. The DVT (Design Validation Test) prototype – essentially the final prototype before mass production – has an additional unknown sensor inside the camera module, that wasn't there before. OnLeaks had earlier shared renders of Samsung Galaxy S21 Ultra a few weeks ago, and at that time, the images had a quad rear camera setup with flash support. The updated render has five cutouts, with the fifth one having an unknown sensor. The details of this sensor are not known yet.

Past leaks suggest that Samsung Galaxy S21 Ultra may run Android 11-based One UI 3.0 and feature a 6.8-inch Dynamic AMOLED display with a high refresh rate of 144Hz. It may be powered by an Exynos 2100 SoC for various markets including India, whereas China and the US may get a Qualcomm Snapdragon 875 SoC instead.

Samsung Galaxy S21 Ultra is tipped to include a 108-megapixel primary rear shooter, and a 40-megapixel selfie snapper. It is expected to pack a 5,000mAh battery and may support S Pen.