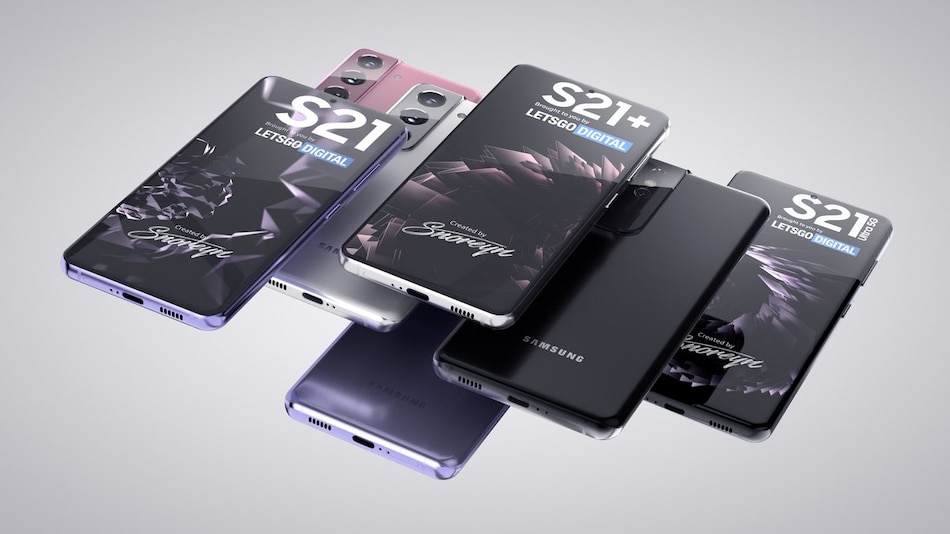 Samsung Galaxy S21 series camera details may have just been leaked along with some other key information. Rumours about the upcoming phones have been floating around for quite some time now and several new leaks are now hinting at the specifications of the phones. An image allegedly showing a set of protective film or screen guards for the three phones has leaked, hinting at their screen sizes. Some high-quality renders claim to show different colour variants of the series. And some details about the rumoured Samsung Galaxy S21 Ultra's camera setup have surfaced as well. Additionally, a report states that Samsung might ship the phones without chargers and earphones.

Moving on to the renders shared by LetsGoDigital and graphic designer Giuseppe Spinelli, aka Snoreyn, the three phones seem to have almost bezel less displays, triple rear cameras for the Galaxy S21 and Galaxy S21+, quad rear cameras on the Galaxy S21 Ultra, and hole-punch cut outs on all three for the selfie cameras. The phones can be seen in silver, blue, black, and pink colours.

Additionally, a report by Tecnoblog states that the Samsung Galaxy S21 series received Anatel certification in Brazil which states that the “cell phone will not be sold with a power supply” (translated), as per the report. The listing also says that the phones will be sold without headphones. This is quite surprising to say the least as Samsung originally trolled Apple on Facebook for removing earphones and charger from the retail box of the iPhone 12 series. The post seems to have been removed now.

As of now, Samsung has not shared any information on the upcoming Galaxy S21 series, but it is expected to be launched earlier than usual.

Jio 5G Service to Launch in India in Second Half of 2021, Reveals Mukesh Ambani