Samsung Galaxy S21 FE launch could be delayed to September or October. 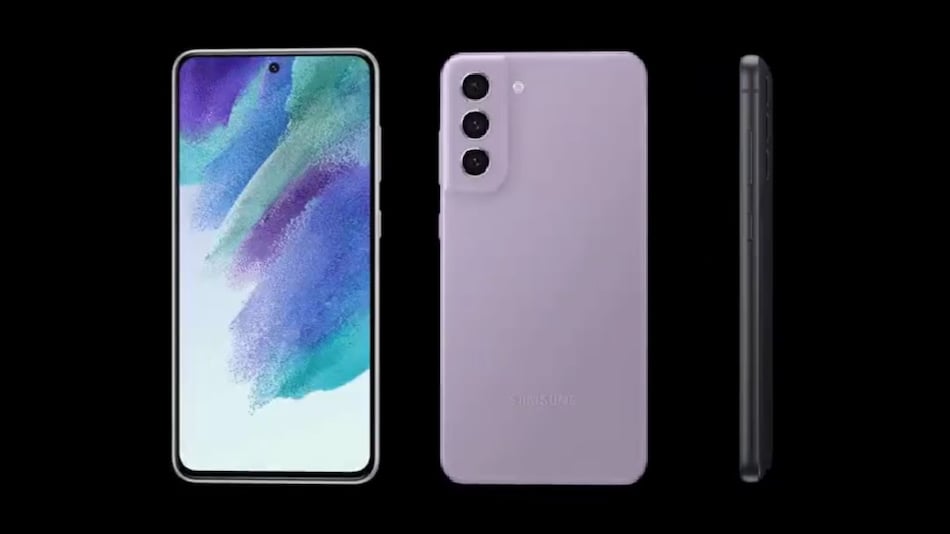 Samsung Galaxy S21 FE has allegedly leaked ahead of its launch in the form of 360-degree renders. The phone can be seen in three colours with a triple rear camera setup. The alleged Galaxy S21 FE looks quite similar to the vanilla Galaxy S21, that is typically the case with the company's FE models. Additionally, a separate report states the Galaxy S21 FE has gone into production now and that its launch will be delayed. The company was expected to launch the FE model in August.

Samsung has released a few FE models in the past that bring flagship level performance at a more affordable price point. It is expected to do the same with the Galaxy S21 FE, renders for which have been shared by known tipster Evan Blass (@evleaks). Four colourways — Black, Green, Purple, and White — can be seen in the 360-degree gifs shared on Twitter. A triple rear camera can be seen, in a similar design as Samsung Galaxy S21. There is a single centrally located hole-punch cutout at the front. The power and volume buttons can be seen on the right side as well.

These 360-degree renders match the render images that were previously shared by Blass.

Additionally, a report by Phonearena, citing a South Korean publication, states that the Samsung Galaxy S21 FE has only now entered production. The reason for this delay was the chip shortage that now seems to be improving. The phone was expected to launch in August, but the report states it will now be delayed. It adds that the company will initially only produce 1.1 million units with a target of selling 6 million units this year. The phone is now expected to release in September or October.

Samsung has not shared any information on the Galaxy S21 FE yet and it is unclear when the phone will be unveiled. Back in March, Samsung's product launch timeline was allegedly leaked and it suggested that an FE model would release on August 19. Notably, the company is expected to hold its ‘Galaxy Unpacked' event on August 11.