Samsung Unpacked Part 2 event is set to be held on October 20, where the Galaxy S21 FE was earlier expected to be unveiled. 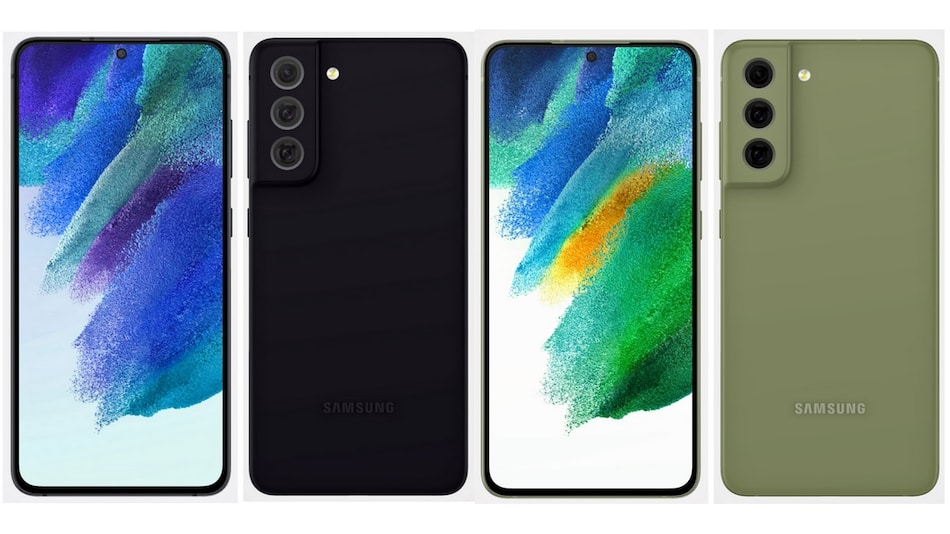 Samsung Galaxy S21 FE may come in five colour options, as per past leaks

Samsung Galaxy S21 FE, the purported handset from the South Korean smartphone maker has been in rumours for quite a while now. Samsung was earlier speculated to unveil the much-awaited Galaxy S21 FE at the Galaxy Unpacked Part 2 2021 event — set to be held on October 20. Now, multiple leaks suggest that the handset will be launched in January next year. The new Samsung Galaxy S21 FE will be a successor to the Galaxy S20 FE that was unveiled in September last year.

Multiple tipsters took to Twitter to leak the launch date. Ross Young (@DSCCRoss), Max Weinbach (@MaxWinebach), and Jon Prosser (@jon_prosser) tweeted saying that the Galaxy S21 FE will be launching in January. According to Jon Prosser, Samsung Galaxy S21 FE will be unveiled on January 11, 2022, which Weinbach also confirmed in the tweet's comments. Since there's no confirmation from the company yet, this information should still be considered with a pinch of salt.

Samsung's S21 FE is delayed until January, as far as I know.

Samsung is scheduled to host the Galaxy Unpacked Part 2 event on October 20, but the company has not shared any information regarding which products could be expected. Over the past few weeks, Samsung Galaxy S21 FE has been tipped multiple times. According to past leaks, the handset is said to come with Qualcomm Snapdragon 888 SoC. It is said to feature a 6.4-inch AMOLED display with 120Hz refresh rate. The smartphone was seen listed on the support page of Samsung's German website with model number SM-G990B/DS. The ‘DS' in the number suggests dual-SIM capability of the smartphone.

Tipster Evan Blass earlier suggested that the handset will come in Blue, Grey, Green, Violet, and White colour options. The smartphone has been spotted on China's 3C certification website and the US Federal Communications Commission (FCC) website as well, indicating its 45W and 25W fast charging features. A separate report also suggested that the handset may come with a 4,500mAh battery.

Samsung Galaxy S21 FE is likely to get the same rear camera module design as the Galaxy S21 models. The smartphone is said to feature a triple rear camera setup and a hole-punch flat display at the front.

IPL Final 2021: How to Watch CSK vs KKR Match Livestream Online on Mobile, Desktop, and TV