Samsung Galaxy S21 5G Olympic Games Edition has the iconic Olympic logo on the back and is up for reservation. 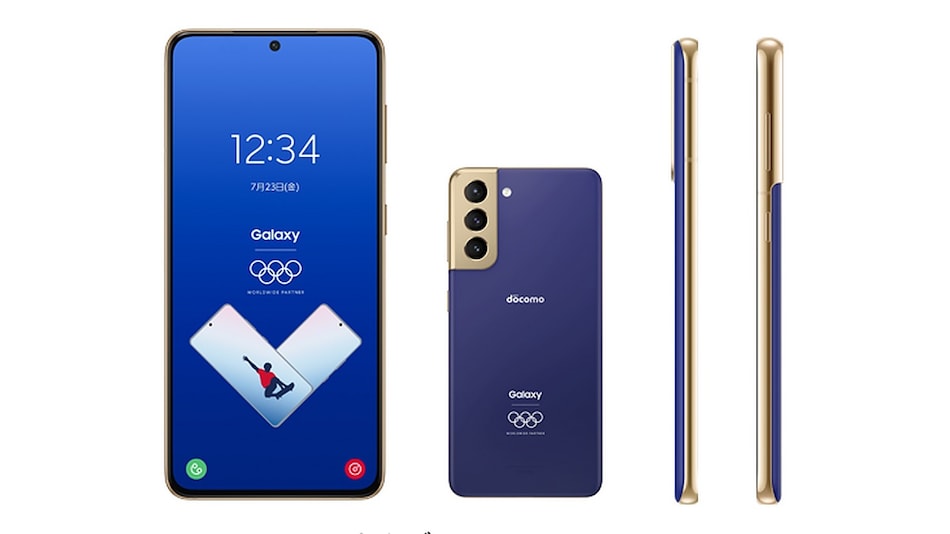 Pricing for the Samsung Galaxy S21 5G Olympic Games Edition has not been shared yet and as per an NTT Docomo listing, the phone is up for reservation in Japan. The website also states sale is scheduled to start in June or later. As of now, it is unclear if the Olympic Games Edition will launch internationally.

Samsung Galaxy S21 5G Olympic Games Edition runs Android 11 with One UI on top. It features a 6.2-inch Flat full-HD+ (1,080x2,400 pixels) AMOLED display with a 20:9 aspect ratio, HDR10+ certification, and an adaptive 120Hz refresh rate. Under the hood, the phone has an octa-core Exynos 2100 SoC in all markets (except in US where it comes with the Qualcomm Snapdragon 888), along with 8GB of LPDDR5 RAM and up to 256GB of onboard storage.