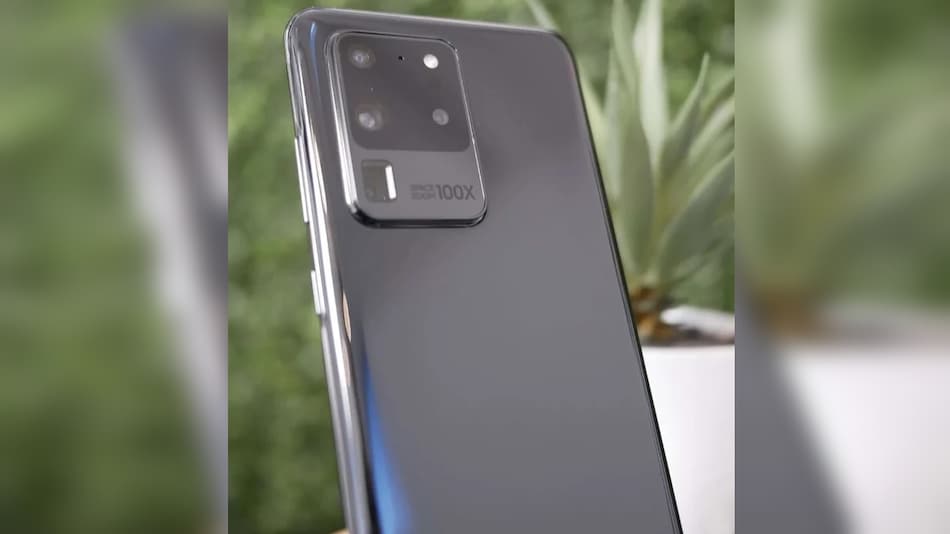 Samsung Galaxy S20 series is probably one of the worst kept secrets in the smartphone industry right now, but the leaks simply refuse to stop. After appearing in renders and 3D models, an alleged live image of the Galaxy S20 Ultra has now surfaced online. The leaked photo claims to give us our first clear look at the Galaxy S20 Ultra's camera module, especially the lens arrangement, and a closer look at the periscope lens. The fresh leak also corroborates an exciting rumour – support for 100x zoom.

The alleged Samsung Galaxy S20 Ultra leaked image comes courtesy of the r/Samsung subreddit, and it looks identical to the recently leaked renders. The leaked image shows the dual-tone colour scheme on the camera module, with a glossy black finish on the upper region and a greyish colour tone on the lower section. The LED flash and a trio of camera lenses are arranged in a squarish geometry, while the periscope module with a rectangular lens is placed separately at the bottom. The rear panel appears to have a glossy finish with curved edges and appears to have an iridescent effect that becomes obvious when light falls on it at certain angles, somewhat like the Galaxy S and Note series phones.

Samsung Galaxy S20 Ultra is tipped to pack a 6.9-inch WQHD+ (1440 x 3200 pixels) Dynamic AMOLED Infinity-O Display with a 120Hz refresh rate. The upcoming Samsung flagship will reportedly pack a 108-megapixel main camera that employs a custom in-house ISOCELL sensor. It will be accompanied by a 12-megapixel ultra-wide angle snapper and a 48-megapixel telephoto lens with 10x optical zoom support and 100x digital zoom support. Selfies will be handled by a whopping 40-megapixel camera with 4K 60fps video capture support.