Complaints regarding white or green patches on the display are being reported, which seem to get progressively worse over time. 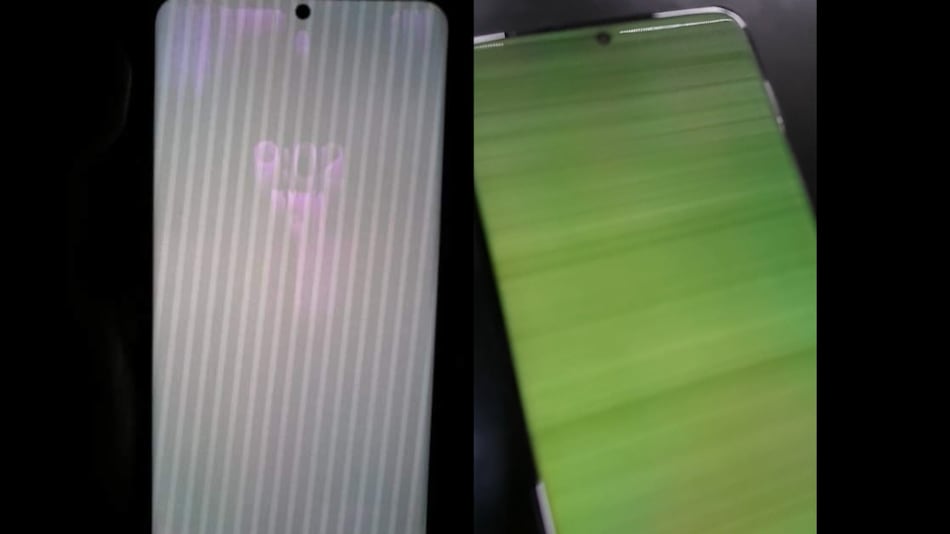 Samsung Galaxy S20 series users are reporting issues with their screens. Complaints regarding white or green patches on the display are being reported, which get progressively worse over time, until the handset become unusable. Most complaints are coming from Samsung Galaxy S20+ and Samsung Galaxy S20 Ultra users. Users have published videos on issues with their displays, along with screenshots. Although a moderator on Samsung community forums suggested booting the handset and resetting it, there has been no official response, and users say that this method doesn't solve the problem at all.

One Samsung Galaxy S20 Ultra user took to the community forum to complain that there was slight flickering lines on his handset first, which were noticeable while playing games. These lines turned green and white eventually and the phone even started to overheat. When he contacted Samsung support, the representatives instructed him to do a soft reset, but it seems to have not resolved the issue. The user posts later that Samsung replaced display and battery to repair the issue.

A Samsung Galaxy S20+ user on Reddit also shared a video of the problem. The video shows that the phone displays green lines all over the screen, followed by white lines, making it effectively unusable. As of now seems to be replacing the display by going to the Samsung repair centre. If the phone is out of warranty, this would result in a hefty cost.