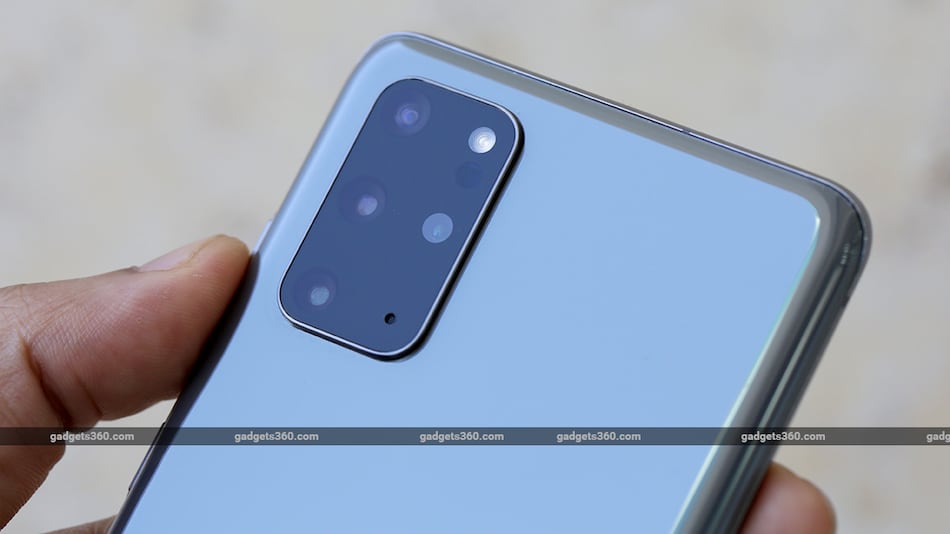 Soon after opening the back of Samsung Galaxy S20+, one of the first components we see inside the smartphone is the wireless charging pad right below the camera array. After disconnecting the wireless charging pad, in the video, we can see remaining components that include the 4,500mAh battery and the lower speaker antenna frame along with other hardware parts. The teardown then proceeds towards the front side of the phone, which involves a similar process.

Removing the display is relatively tedious (similar to what was seen in the iFixit teardown of the Samsung Galaxy S20 Ultra as the 120Hz Super AMOLED panel is attached directly to the frame of the phone without proper support. What this means is that by removing the Gorilla Glass 6 panel from the smartphone, one can potentially damage the full screen. Coming to removing the camera, it was noticed that all Samsung Galaxy S20 variants have similar camera sensors from Samsung and Sony. The trickiest part in the video was to remove the battery from the frame of the smartphone which was done after applying isopropyl alcohol.

In the concluding section, iFixit gave a score of 3 out 10 to Samsung Galaxy S20+ in terms of the repairability, similar to what its Ultra variant had achieved.

In the meanwhile, JerryRigEverything has also put the Samsung Galaxy S20 Ultra 5G through a durability test, soon after testing the 4G variant of the phone. The YouTuber didn't find much difference between the 4G and 5G variants of the phone, with the latter model holding up as well as the former in the tests.

To recall, Samsung unveiled the Galaxy S20-series in early February that went on sale in India last week. The Samsung Galaxy S20+ comes with a 6.70-inch (1440x3200) display and is powered by a 2GHz octa-core Samsung Exynos 990 SoC. The phone runs of Android 10 and has 8GB of RAM along with triple rear camera setup.

Whereas the Ultra variant, which went on sale in the country today, is powered by a similar 2GHz octa-core Samsung Exynos 990 and comes with 12GB of RAM. The phone also has a triple rear camera setup, however, it includes a 108-megapixel primary sensor compared to the 12-megapixel primary camera and 64-megapixel camera secondary camera on Samsung Galaxy S20+.