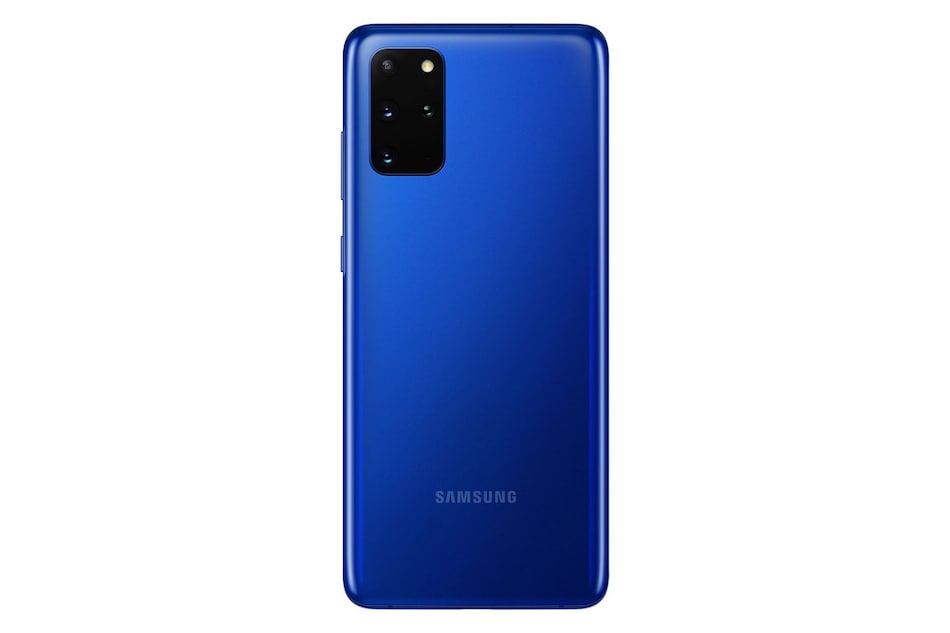 Samsung Galaxy S20+ has received a new Aura Blue colour variant. The current options for the buyers include Cloud Blue, Cosmic Black, and Cosmic Gray. The new colour variant comes three months after the phone was launched by Samsung. The phone is a part of Samsung's flagship S20 series that was unveiled in February. The new colour variant has currently been made available in the Netherlands. Previously, the Samsung Galaxy S20+ was also available in a Cloud White model in select markets including South Korea.

Samsung said that users now have more colour options to choose from when buying the Galaxy S20+ with the addition of Aura Blue model.

While the Cosmic Gray, Cloud Blue, and Cosmic Black colour options were already there, a Cloud White colour option was also spotted on Samsung's website in February. Moreover, there is a Samsung Galaxy S20+ 5G Olympic Edition smartphone as well that comes in Matte Gold colour. This phone is available only in Japan.

The new Aura Blue colour for Samsung Galaxy S20+ is currently available in the Netherlands. In India, the phone continues to be available in Cloud Blue, Cosmic Black, and Cosmic Gray colours. It is being sold only in a 8GB + 128GB (RAM + ROM) model is that is available for purchase for Rs. 77,999.

The smartphone features a 6.7-inch QHD Dynamic AMOLED 2X display, runs Android 10 based One UI, and packs a 4,500mAh battery. The phone seems to have been preferred by millions of people because according to a report, it was the third best-selling Android smartphone in the world in the first quarter of the calendar year 2020. It captured a 1.7 percent market share globally.