Samsung Galaxy S20 series launched with Android 10 and was updated to One UI 3.0 based on Android 11. 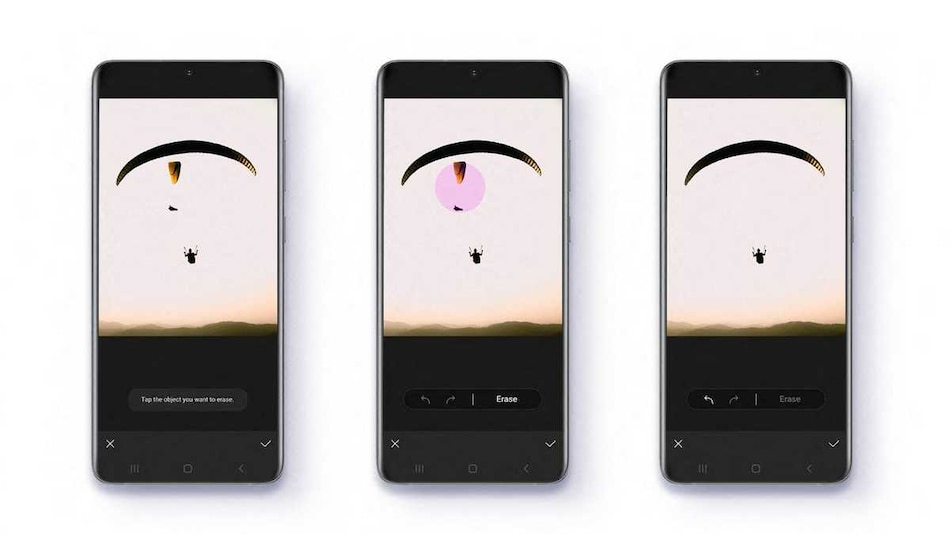 Samsung Galaxy S20 series, Galaxy Note 20 series, Galaxy Z Fold 2, Galaxy Z Flip series, and several other smartphones are getting One UI 3.1 update, the company has announced. With the One UI 3.1 update, the phones will get new camera features that are present on the Samsung Galaxy S21 series. These features include improved Single Take, new object eraser tool, improved touch autofocus and auto-exposure, and multi mic recording.

The new features include improved Single Take, a new object eraser tool, improved touch autofocus and auto-exposure controller, and multi mic recording. With Single Take, users can capture multiple still and video formats simultaneously by tapping the shutter button. The new object eraser tool will allow users to edit out unwanted parts in a captured photo. One UI 3.1 update will allow users to swipe left or right anywhere on the screen while taking a photo to adjust focus and brightness easily. With multi-mic recording, the aforementioned phones will be able to record audio from the mic on the phone as well as a connected Bluetooth device in Pro Video mode.

Furthermore, the Gallery has been updated as well with One UI 3.1 and Samsung says the photos and videos will be arranged into a clean and easy to navigate feed. One UI 3.1 also brings a new Eye Comfort Shield mode that considers the time of day to adjust blue light automatically. The Private Share feature allows you to remove metadata like location information in photos before they are shared. Lastly, with One UI 3.1, Samsung Galaxy Buds Pro, Galaxy Buds Live, and Galaxy Buds+ get Auto Switch feature that automatically switches to your Galaxy smartphone or Galaxy tablet, depending on what you are using.

At the time of writing, we could not spot the update on the Samsung Galaxy S20+, which means Indian users may have to wait a bit to get One UI 3.1 on the aforementioned devices.

Google Classroom, Google Meet Gets Updated With Over 50 Features for Students and Educators