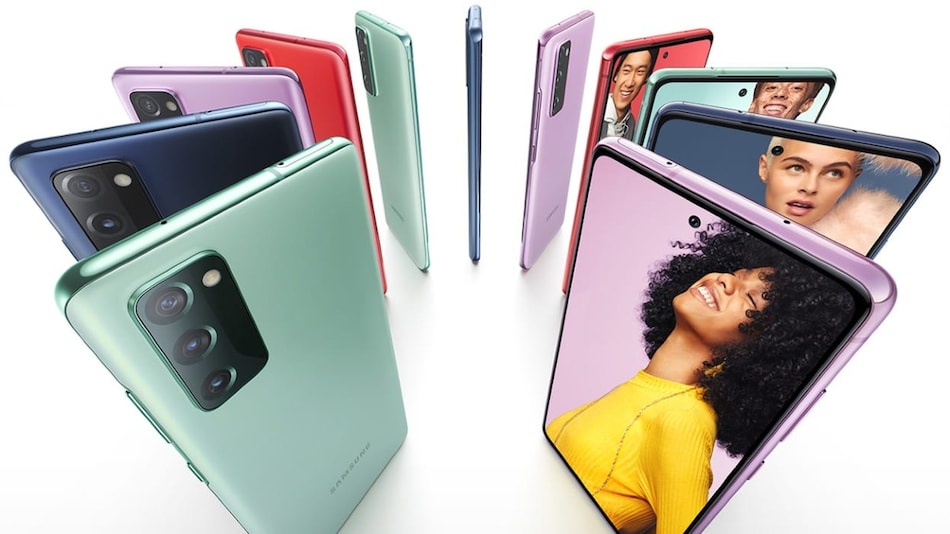 Samsung Galaxy S20 FE 4G with Qualcomm Snapdragon 865 SoC has been silently launched in markets including Germany, Malaysia, and Vietnam. The phone comes with a model number SM-G780G, which is slightly different from the original Galaxy S20 FE variant model number SM-G780F. The older model comes with a Exynos 990 instead of the Snapdragon chip on the new one. However, apart from a different SoC, the new Samsung Galaxy S20 FE 4G is identical to the original model that was launched in India and various global markets last year.

Samsung Galaxy S20 FE 4G (Snapdragon 865) price starts at MYR 2,299 (roughly Rs. 41,300) for the 8GB RAM + 128GB storage variant. The phone has been listed by Samsung's official retail partner Shopee in Malaysia in Blue, Orange, and Violet colours. In addition to its listing on the e-commerce site, the new Samsung Galaxy S20 FE variant has been listed on the company's sites in Germany, Malaysia, and Vietnam, as initially reported by Android Headlines. However, it is unclear whether the latest model will arrive in more markets including India.

Samsung launched the original Galaxy S20 FE in India last year in October at a starting price of Rs. 49,999. It then brought the Samsung Galaxy S20 FE 5G in the country in March with a price tag of Rs. 55,999.

The Samsung Galaxy S20 FE 4G has a 6.5-inch full-HD+ Super AMOLED Infinity-O Display with a 120Hz refresh rate. You'll also get a triple rear camera setup that has a 12-megapixel ultra-wide shooter, 12-megapixel sensor with a wide-angle lens, and an 8-megapixel telephoto shooter. For selfies and video chats, there is a 32-megapixel selfie camera sensor with an f/2.2 lens.

The new model comes with 128GB of onboard storage at this moment. However, considering the configurations available for the original variant, the Samsung Galaxy S20 FE 4G (Snapdragon 865) is likely to get a 256GB storage option as well.

Samsung has provided a 4,500mAh battery on the new Galaxy S20 FE 4G that supports 25W fast charging in addition to wireless charging support. The new model measures 159.8x74.5x8.4mm and weighs 190 grams, as per the listing on the Shopee site, which is the same as its original variant.