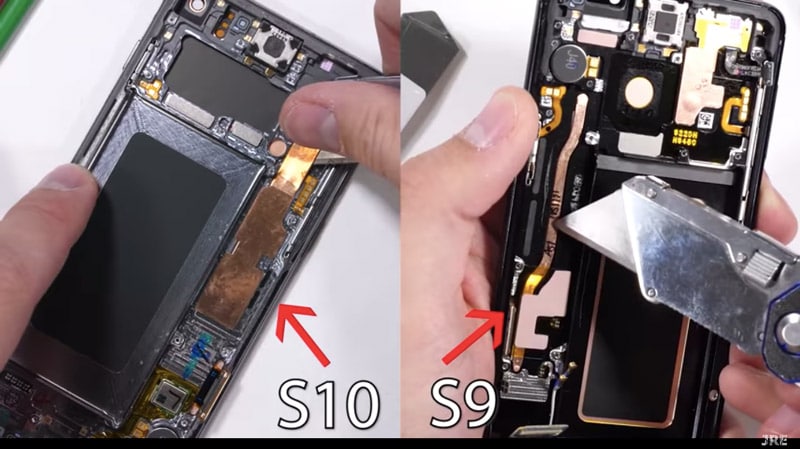 Popular YouTuber JerryRigEverything performed a teardown of the Samsung Galaxy S10 teardown. After using a heat gun to heat the real glass panel up, the YouTuber opened the device up with the help of a razor blade revealing the internals of the Galaxy S10.

After removing the motherboard from the frame of the phone, a copper heat pipe is visible. The copper pipe is quite wide and is significantly thicker than the one seen in last year's flagship, Galaxy S9. The heat pipe has copper strands inside it which help the liquid inside the heat pipe wick from one end to the other to transfer heat.

JerryRigEverything also did a durability test of the Samsung Galaxy S10 which revealed that minor scratches don't make a difference to the in-display ultrasonic fingerprint scanner but deep grooves do.