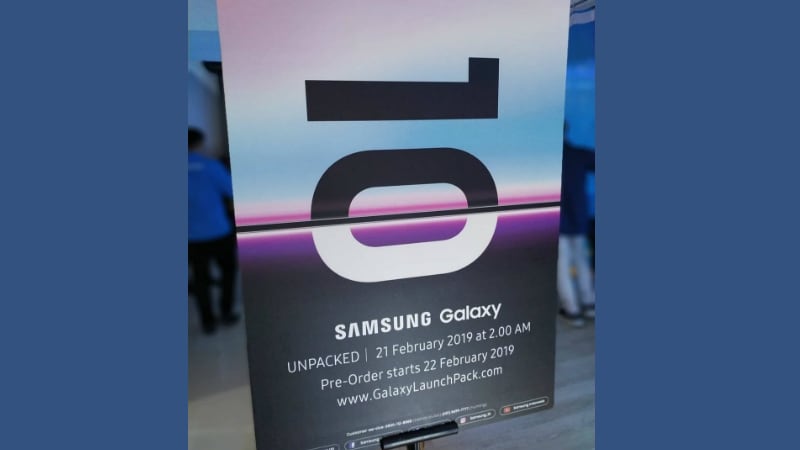 Samsung Galaxy S10 Unpacked event will be held on February 20

A poster from Indonesia has been leaked by Twitter user Reza Naufal revealing launch and pre-order dates. The poster reveals that the Unpacked event will be

Samsung has also started counting down to the event on its official Indonesia website, and is taking registrations for interest already. The company also notes that all those who register will stand a chance to win the next Samsung Galaxy for free.

Samsung is also expected to launch a cheaper Samsung Galaxy S10 Lite or Samsung Galaxy S10E variant that will sport just dual cameras at the back and come with a side-mounted fingerprint sensor. All details will be official at the event on February 20 on San Francisco. Stay tuned.