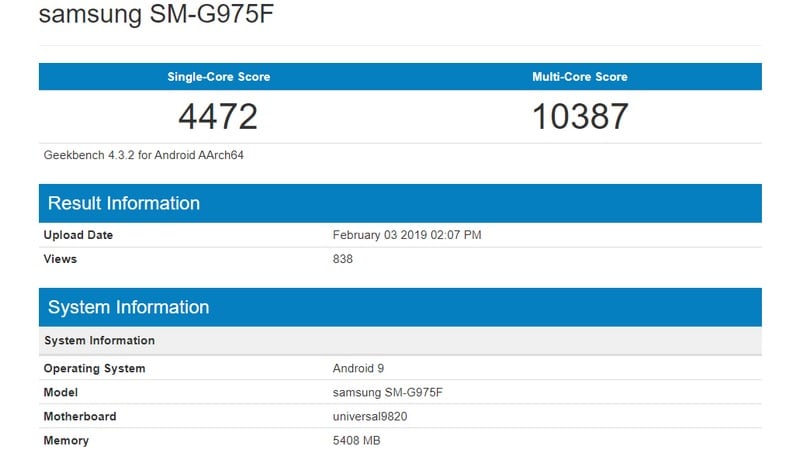 The US FCC certification of the three Galaxy S10 models viz. SM-G970U (Galaxy S10 E), SM-G973U (Galaxy S10) and the SM-G975U (Galaxy S10+) indicates that the three Samsung flagships pass all the connectivity and safety requisites set by the regulatory agency and are ready for their prime time in the US market. The FCC documents also reveal that the Galaxy S10 trio will have support for Bluetooth LE, NFC, and WiFi 802.11ax, the latter also being known as WiFi 6.

The FCC certification documents also mention something called “Wireless Power Transfer” which is described as the Galaxy S10's ability to “receive or transmit an AC power signal through magnetic induction (MI) or magnetic resonance (MR). This feature sounds a lot like reverse wireless charging, which has been previously tipped for the Galaxy S10+. What this means is that the Galaxy S10+ will be able to wirelessly charge another compatible smartphone by just putting its rear panel in contact with the Samsung flagship.

Vodafone Rs. 119 Recharge Plan Debuts With 1GB Data, Unlimited Voice Calls for 28 Days
PS4 and Xbox One Are at Their Lowest Prices Ever. Right Time to Buy?