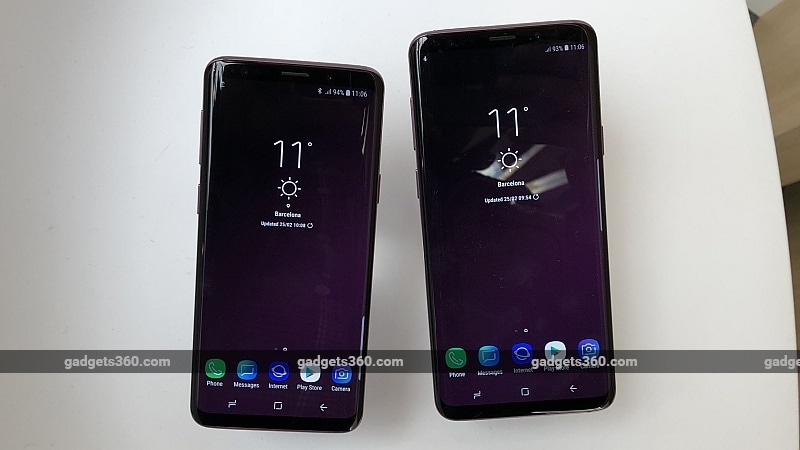 Samsung Galaxy S10 is expected to be the successor to this year's flagship, Galaxy S9. While the current Galaxy S range has only two models - the Galaxy S9 and Galaxy S9+, a new report by a noted analyst corroborates previous reports to suggest that Samsung is now planning to release three variants in its 2019 refresh. These three variants, as per the report, will have a diagonal panel length of 5.8 inches, 6.1 inches, and 6.4 inches, respectively. This is similar to what Apple is expected to do with its iPhone 2018 lineup.

In a note shared with investors, procured by Business Insider, TF International Securities analyst Ming-Chi Kuo stated that Samsung's next flagship smartphone will see two premium variants and one affordable variant in the Galaxy S10 lineup. Samsung is expected to focus on the ultrasonic 'Fingerprint On Display or FOD' technology that will be present on the top two variants. The third variant is expected to get a regular fingerprint sensor placed on the side of the handset.

The bit about the ultrasonic fingerprint sensor was, in fact, reported to have been confirmed by Samsung Mobile head DJ Koh at an event in China. Samsung CEO Guo Minghao reportedly even went on to confirm that this ultrasonic fingerprint recognition technology will be seen on the Galaxy Note 10 and handsets in the Galaxy A series slated for 2019, and that there will indeed be three Galaxy S10 models that launch.

According to Kuo's predictions, Samsung could ship as many as 40 million Galaxy S10 units, most of them forecasted to be the two higher variants. Even the Galaxy Note 10 might ship 14-16 million units next year, after its launch. But, for now, we are waiting to witness the launch of the Galaxy Note 9, which is expected in New York on August 9. As per Samsung, the S Pen on the Galaxy Note 9 is set to come with significant improvements including capabilities for gaming.