Only Galaxy S10 users in the US are affected 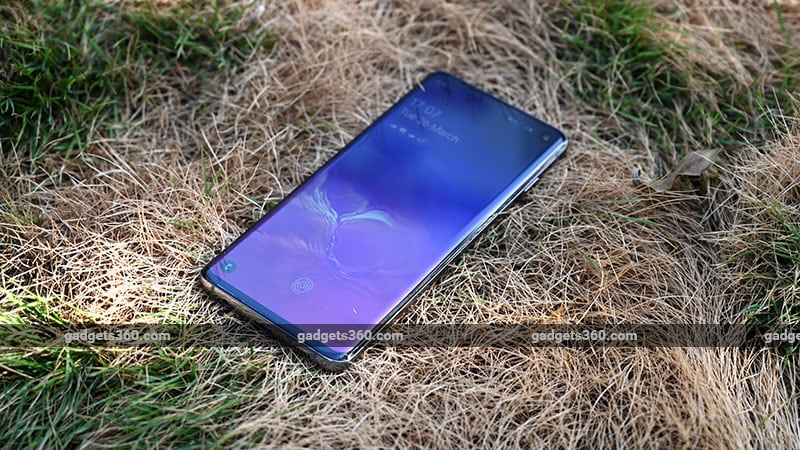 Samsung Galaxy S10 owners are reporting an issue with their smartphones after the most recent software update. This update causes the users to be locked out of their smartphones and they cannot seem to get past the lock screen post the update. Post the update, the Samsung smartphone restarts taking the user to the lock screen that needs them to enter the pin or pattern as face unlock and the in-display fingerprint scanner is disabled after a fresh boot. Because of this bug, users aren't able to get past the password screen and have reported the problem on Reddit and on Samsung's community page.

A Samsung Galaxy S10 user on Verizon took to Reddit to report that their device has locked them out. Currently, the only way of getting past the lock screen is to perform a factory reset. A Samsung user on the Samsung Community page who claims to be a Verizon representative suggests entering the wrong password multiple times to trigger a factory reset. A few users on the Samsung community took their Galaxy S10 device to Verizon to get it to reset while someone managed to reset the device using the suggested method.

This method, however, will wipe the entire smartphone and anything not backed up will be lost it it wasn't backed up. Samsung will need to come up with a more convenient solution to appease users. One user on the Samsung Community has found another workaround which involves putting the smartphone into Safe Mode. The Safe Mode accepts the passcode and lets you backup data on the smartphone. The same user also suggest to set up the Samsung Find My Mobile feature since it has a remote unlock function.

The issue seems to be specific to the US and has largely affected Verizon users. AT&T users are also said to be affected by this update. The cause of this issue is said to be the June security patch released by Verizon and AT&T last week. Samsung Galaxy S10 users are the most affected by this issue while a few Galaxy S10+ and Galaxy S10e users have also reported similar issues. We checked, and didn't have an issue on our Galaxy S10 unit running the June security patch

Twitter Users in Canada Will Be Able to Hide Replies to Their Tweets From Next Week
Vivo Z1 Pro, Redmi Note 7 Pro, Samsung Galaxy M40, or Realme 3 Pro: Which Is the Best Phone Under Rs. 20,000?