Samsung Galaxy S10 Lite gets a refreshed UI and December 2020 Android Security patch with the update. 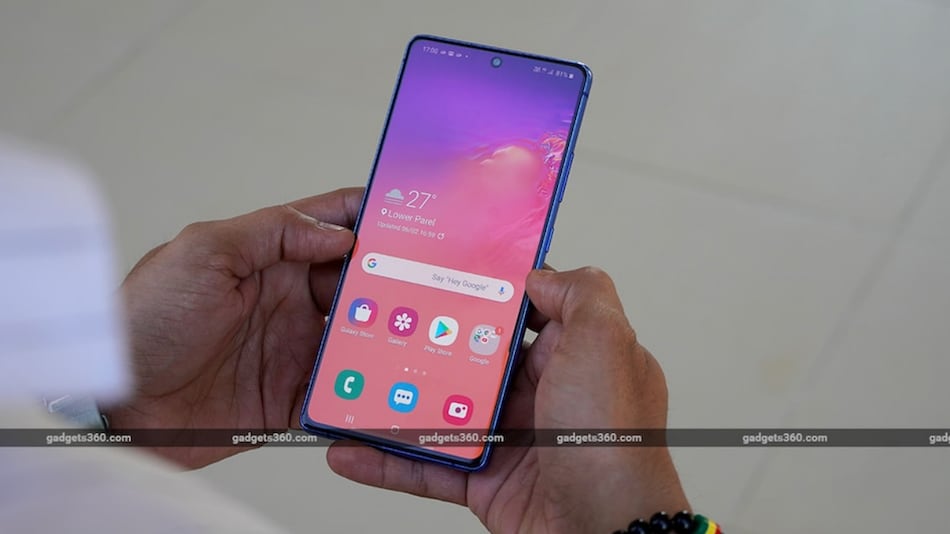 The update is reportedly also rolling out in the US, Russia, UAE, and Panama

Samsung Galaxy S10 Lite smartphones in India and Spain have started receiving Android 11-based One UI 3.0 update, as per a report. The update brings along One UI 3.0 features, such as redesigned UI elements, enhanced quick panel, improved dynamic lock screen as well as updated Samsung apps. The update also brings the December 2020 Android security patch. However, other phones in this series, such as the Samsung Galaxy S10e, Galaxy S10, Galaxy S10+, and the Galaxy S10 5G haven't received the update yet.

As per a post on Samsung Community, first spotted by SamMobile, the Android 11-based One UI 3.0 update for Samsung Galaxy S10 Lite carries the firmware version G770FXXU3DTL1. The update has a file size of 2,053.34MB, and is being rolled out in India and Spain. As per a report by XDADevelopers, the update also appears to be rolling out in the US, Russia, UAE, and Panama. It is expected that Samsung will release the update in more markets in the upcoming weeks.

The update brings both Android 11- and One UI 3.0-related features to the Samsung Galaxy S10 Lite. There is a refreshed UI design, better animations, chat bubbles, as well as improvements in always-on display. Users will also get a dedicated section for conversations in the notifications shade and a dedicated media playback widget. The update reportedly also improves performance and battery optimization.

If you are a Samsung Galaxy S10 Lite user in the above-mentioned countries, and haven't received a notification regarding the update yet, you can check and install it manually by going to Settings > System updates > Check for system updates > Download now > Install update.