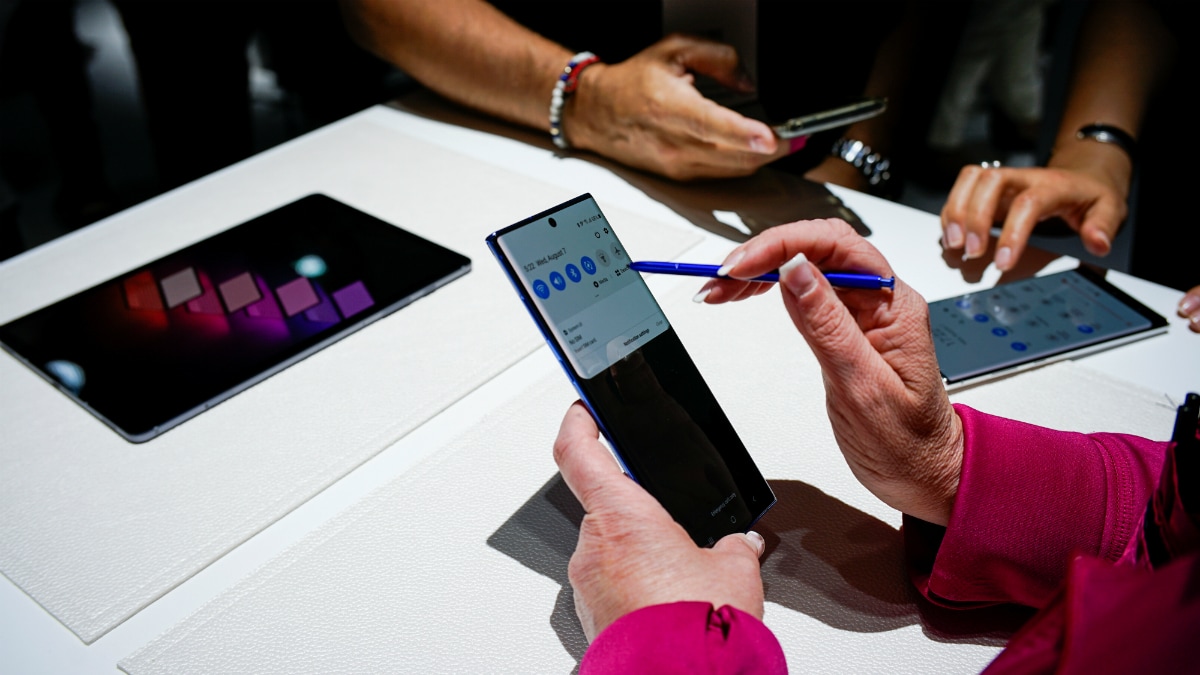 Apart from the S Pen integration, the Samsung Galaxy Note 10 and Galaxy Note 10+ have DeX support. There is also a Link to Windows feature within the Quick Panel of the smartphones to let users receive real-time notifications and message alerts directly on a Windows 10 PC.

In terms of specifications, the dual-SIM (Nano) Samsung Galaxy Note 10 runs Android 9 Pie with the latest One UI version on top and features a 6.3-inch full-HD+ (1080x2280 pixels) Infinity-O Display along with a Dynamic AMOLED panel. There is the octa-core Exynos 9825 SoC, coupled with 8GB of RAM.

For selfies, the Galaxy Note 10 houses a 10-megapixel camera sensor with an f/2.2 lens.

The Samsung Galaxy Note 10+ shares many similarities with the Galaxy Note 10. Both phones also come with identical S Pen support and run One UI based on Android Pie.