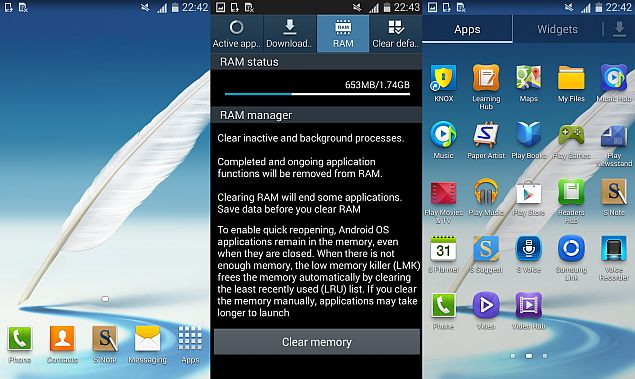 Samsung has reportedly started rolling out the Android 4.4.2 KitKat update to the international variant of the Galaxy Note II (GT-N7100) phablet.

The roll-out is said to have begun on Friday in France, and will gradually roll-out to other regions and carrier-specific models.

Users would be also receiving some Samsung goodies like the latest Samsung Knox and Samsung Wallet seen in the latest Samsung's TouchWiz UI. The KitKat firmware for the Galaxy Note II was first spotted by Sammobile on Samsung's Kies PC suite software, though GSMArena says it is also available to download over-the-air (OTA).

The Samsung Galaxy Note II phablet was launched with Android 4.1 Jelly Bean OS in August 2012. Some of the key features of the phablet are its 5.5-inch Super AMOLED HD display, 1.6GHz quad-core CPU and 2GB of RAM. The device also comes with an 8MP rear camera, a 1.9MP front camera and a huge 3,100mAh battery on-board.

Last week, Samsung reportedly began rolling out the Android 4.4.2 KitKat update for its Galaxy Note 10.1 (2014 Edition) tablet. As per the report, the update brought similar enhancements along with revamped sound controls.

AOL, Microsoft lure advertisers with TV-style shows at NewFronts
US FCC pushes back against criticism over 'net neutrality' rules