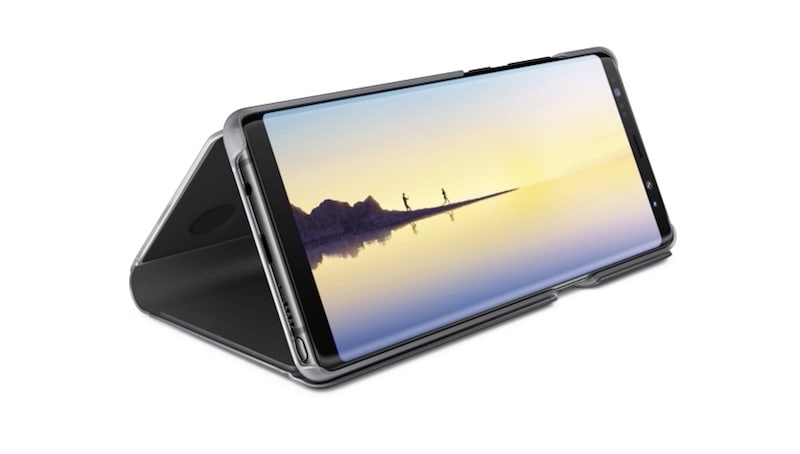 Ming-Chi Kuo, an analyst with KGI Securities, is doing what he does best once again and has now stated that Samsung’s next Note flagship may have such an “under-display optical fingerprint” technology when it launches in the second half of 2018. This was also reported back in August this year through another report from KGI Securities. With smartphones slowly ditching bezels altogether, this would be the ideal solution if manufacturers were to continue using fingerprint sensors for authentication.

However, it appears to be a little more trickier to implement than it seems and companies have been trying to take a crack at this for a while now, in the hopes to achieve a formula that the industry adopts. Last May, LG developed a fingerprint sensor that sits under the display and this year, at MWC Shanghai, Vivo unveiled the first smartphone with a under-display fingerprint sensor based on the technology developed by Qualcomm.

The new reports states that there are three companies vying to be the supplier to Samsung, of which, BeyondEyes and Samsung LSI have already reported to have shipped samples to Samsung. Egis is another company in the running, who currently supplies fingerprint sensors for Samsung’s phones. Kuo believes that the under-display sensor might just be a stop-gap till Android OEMs can figure out how to match or exceed Apple’s Face ID implementation on the iPhone X.

With rumours coming in hot for the Galaxy Note 9, let’s not forget Samsung’s bread-and-butter flagships, the Galaxy S-Series. SamMobile has now reported that the Samsung Galaxy S9 will one again come in two flavours, the model numbers of which have been reported to be SM-G960 for the Galaxy S9 and SM-G965 for the Galaxy S9+. Both smartphones will feature curved displays, just like the S8 series, and are also expected to inherit the Galaxy Note 8’s dual camera setup . The report further states that Samsung might launch a brand new Galaxy X, as a sort of a ‘one more thing’, which is tipped to ‘fold-out’ to a size of a tablet. While the other rumours seem likely to happen, we suggest taking the news about the Galaxy X with a pinch of slat, at least for now.