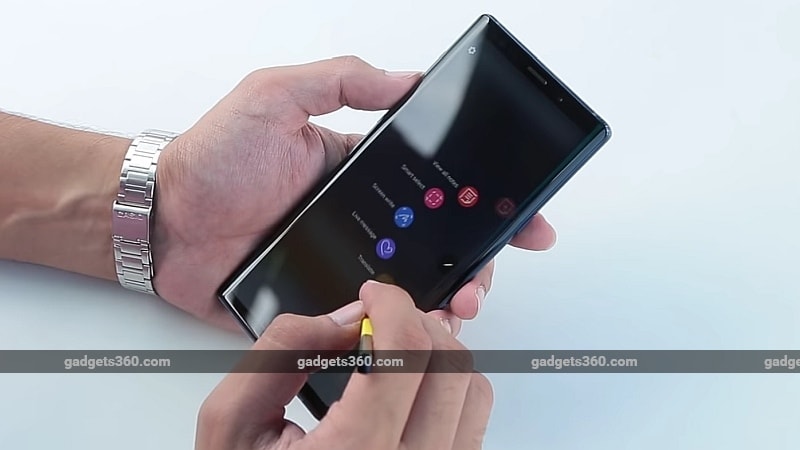 Samsung launched its own Bixby voice assistant with the Galaxy S8 last year, and at the launch of the Galaxy Note 9 earlier this month, it introduced Bixby 2.0 with new features. Bixby can be called by pressing a physical button that has been added by Samsung on to its phones, and the same is the case with the Galaxy Note 9 as well. Earlier Bixby could be disabled if users desired, however that ability has now reportedly been withdrawn with Bixby 2.0.

Samsung flagship phone users earlier had the power to disable the Bixby button, but with Bixby 2.0, that ability has been removed. Samsung users can no longer stop Bixby from opening up on their screen, even when you accidentally press the button, and don't intend to command Bixby's assistance. Many users disable it as they prefer to use Google Assistant, also supported on the phone, instead of Bixby, as the latter still needs a lot of improvement.

In any case, developers of bxActions - an app specially made for remapping the Bixby button - wrote on XDA forums that its double tap and long press features don't work any more as the Bixby button cannot be disabled with Bixby 2.0. This is particularly disappointing for Indian users, as when Bixby initially launched with the Galaxy S8, many of its features were not made available in the region. Samsung did announce a lot of improvements to Bixby at its Unpacked event, but it remains to be seen how many are actually available for Indian users. In any case, Samsung should rethink its strategy of forcing users to use Bixby, especially since it isn't as refined. The option to disable, if not the ability to reassign another task to the button, needs to be added.

The new Bixby 2.0 brings better third-party apps integration than before, invariably making it less frustrating to use. It can now do several tasks like reserving tables, booking cabs, and filling in important information based on history. Bixby 2.0, over time, can look up concerts in your area that you may like, good restaurants based on your cuisine preference, and other tasks due to its improved AI mechanism.