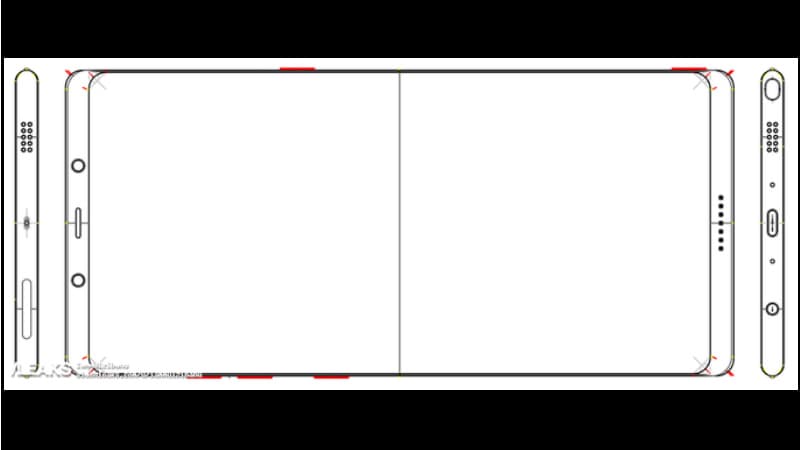 Rumours have been coming thick and fast related to the upcoming Samsung Galaxy S8 and Samsung Galaxy S8+, but there has been no information leaked about the Galaxy Note 8, which is likely to be unveiled in the second half of the year. Now, a few details have now cropped up online showing the sketched schematics, and specifications of the Samsung Galaxy Note 8.

A sketch image leaked by Slashleaks shows a large device with the same design aesthetic as the Galaxy S8. There is no Home Button and most of the front is taken up the display, leaving very thin bezels at the top and bottom. At the bottom edge, there is a S Pen slot, a USB Type-C port, and a 3.5mm audio jack. The SIM slot is situated on the top edge, and both the edges have perforations, which are likely be the speakers. If the Galaxy Note 8 will sport top and bottom speakers, it would mean huge improvement in the audio department.

Furthermore, the leak also reveals that the Galaxy Note 8 will sport a 6.4-inch Super AMOLED 4K display and a Snapdragon 835 chipset for the US market. For international markets, Samsung is tipped to integrate a 9-series Exynos chipset that hasn't been announced yet. Lastly, the Samsung Galaxy Note 8 will pack a 6GB of RAM, and offer up to 256GB of storage. This means that the Note 8 will come in various storage variants, the largest one being 256GB. All of this is mere early rumours, and Samsung is most likely far off from finalising things on the Note 8 yet.

For now, Samsung is focused on the Galaxy S8 and Galaxy S8+, and is set to launch them at the company's Galaxy Unpacked 2017 event on March 29 in New York.

International Space Station Orbiting Outpost Is Getting an Upgrade
Samsung Pay Is Here, and It Could Be the Best Reason to Get the Galaxy S8