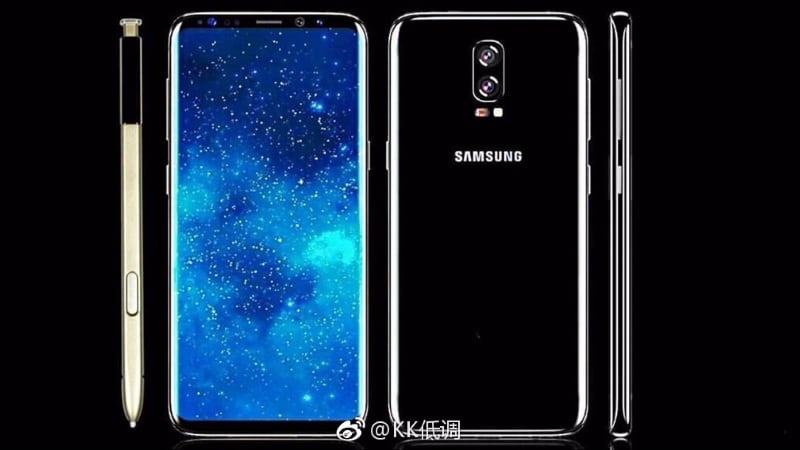 If you might remember, Samsung was tipped to include an in-screen fingerprint scanner, or one embedded within the display itself, on its Galaxy S8 and Galaxy S8+ flagship smartphones ahead of their launch earlier this year. While this didn't turn out to be true, the company has reportedly ruled out including the feature on Galaxy Note 8 smartphone as well due to technical concerns regarding security

As per a news report by South Korean publication News1, a Samsung official has confirmed that the company will not be including an in-screen fingerprint sensor on its upcoming Galaxy Note 8 flagship, which is expected to be launched later this year. "We made every effort to install a display-integrated fingerprint sensor on Galaxy Note 8, but we decided not to install it on this strategic phone due to various technical limitations such as security," the Samsung official was quoted as saying in the report.

Notably, the report also suggests that Apple has succeeded in implementing the in-screen fingerprint scanner, which will be introduced with the launch of iPhone 8, eliminating the need of the Home Button.

To recall, Samsung's upcoming phablet has been tipped to sport a 6.3-inch display, which is slightly bigger than the Galaxy S8+, and to be powered by Qualcomm's Snapdragon 835 SoC in the US and the Exynos 8895 SoC outside the US. Some reports have suggested that the phone might be launched in late August.