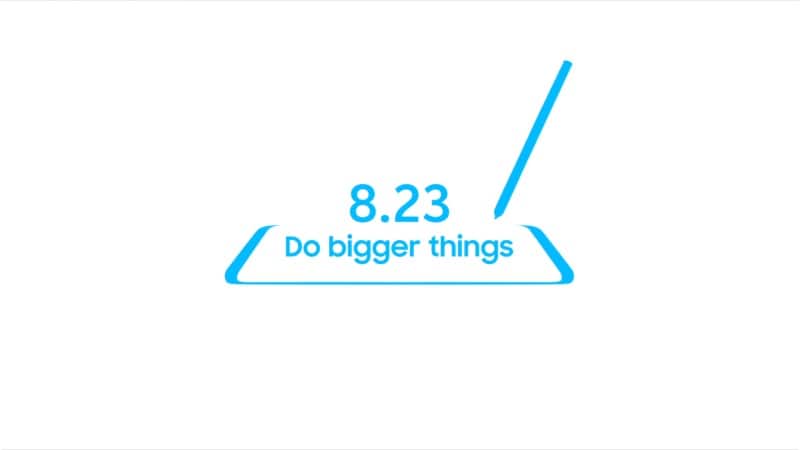 Samsung Galaxy Note 8 will be launched later this week but it seems like the South Korean company got a little overexcited and accidentally listed the smartphone on its online store before removing it eventually. Separately, the handset's alleged specifications have been leaked by a promotional brochure in Australia and the live images the smartphone have also popped up before its official unveiling. Lastly, the Galaxy Note 8 is expected to be released on September 15.

First talking about the official listing, the 64GB unlocked variant of Galaxy Note 8, with model number SM-N950UZKAXAA, was accidentally listed on Samsung's official online store, as per a report by Android Police. On hovering over the listing, the website reportedly showed the smartphone's features including S Pen, Infinity Screen, and Bixby Assistant. However, the company seems to have realised its mistake since then and taken down the page entirely. Notably, the leaked listing suggests that Samsung Galaxy Note 8 will feature the same design as can be seen in previous leaks.

Moving on to the hands-on live image of Galaxy Note 8, the pictures (via 9To5Google) were shared by a Weibo user (now taken down) and suggest that the upcoming flagship smartphone from Samsung will feature same design as previous leaks. While one of the leaked images shows a mirror like back on the phone but it can easily be the camera angle's magic at play with light reflecting off the glass back.

In Australia, the leaked promotional brochure of the Samsung Galaxy Note 8, shared by Ausdroid, has seemingly revealed the smartphone's specifications. As per the brochure, the Galaxy Note 8 will sport a 6.3-inch display with QHD+ resolution Infinity Display and come with an S Pen. Further, the iris scanner and IP68 water and dust resistance, both of which came along with the Galaxy S8 and Galaxy S8+, have also been tipped to be retained. The Galaxy Note 8 will support wireless charging, as per the leaked brochure.

It also reveals that users will be able to take notes with S Pen even when the screen is switched off and with help of Switch software, they will be easily able to transfer content from their old handset.

In terms of optics, the Samsung Galaxy Note 8 has been tipped to feature a dual camera setup, which will offer up to 2x optical zoom. The camera setup is also expected to feature optical image stabilisation and an f/1.7 aperture, which will enable users to take better pictures in low-light conditions. Interestingly, the leaked brochure suggests that the Galaxy Note 8 will be made available in just Midnight Black and Maple Gold colour variants at launch at the very least in Australia. An earlier rumour said that the smartphone might be made available in eight colour options.

The South Korean YouTube channel of Samsung has also shared two teaser videos about the upcoming Galaxy Note 8, which give hints regarding the camera features and the S Pen on the smartphone, while one of the videos tease the Bokeh effect aka Portrait mode - confirming the use of telephoto lens in the anticipated dual rear camera setup, while the other one just hints at present of S Pen.

Lastly, popular tipster Evan Blass says that Galaxy Note 8 will be made available for pre-orders starting August 24, just a day after its launch and will be released by the company on September 15. Additionally, Blass suggests that the users who pre-order the smartphone will get an option of either a free 256GB SD card and wireless charger or a free Samsung Gear 360 camera. In Europe, the pre-orders will come with a free DeX dock, as per a separate tweet by Blass.