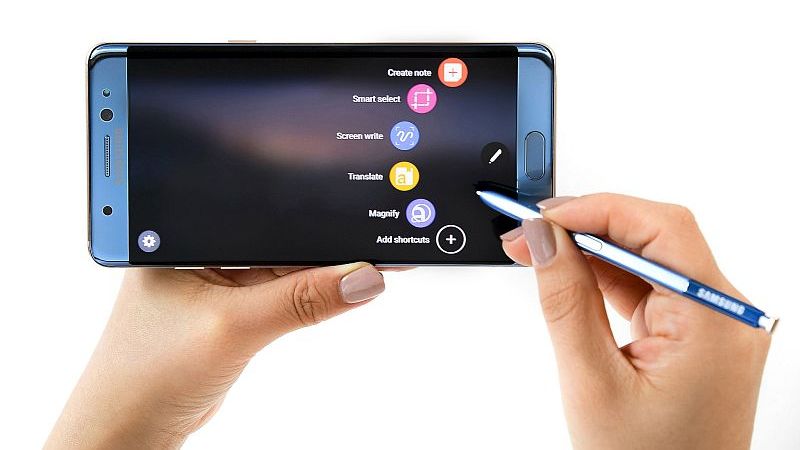 Samsung's Galaxy Note 8, the next phablet flagship from the South Korean-based consumer electronics giant, could launch late next month, claims a new report. The Bell, a South Korea-based publication, says that the Samsung Galaxy Note 8 may launch on August 23. It's however worth pointing it out that we are yet to hear a confirmation from Samsung.

Another report corroborates the launch event late next month with a confirmation by a Samsung executive. However, the executive declined to confirm August 23 launch date, reports The Investor.

The earlier than expected launch of the Samsung Galaxy Note 8 will reportedly make the smartphone broadly available in global markets by September. The company this way could also take on its biggest rival, Apple, which is likely to launch the iPhone 8 in September.

There have been reports doing the rounds of the Internet that claim the Samsung Galaxy S8 is selling 20 percent less than its predecessor. The Bell cites brokerage analysts to claim Samsung managed to sell 9.8 million units in the first two months of the launch, which was roughly 20 percent less than the Samsung Galaxy S7's 12 million units last year. This slowdown is said to be one of the reasons for the early launch of the Galaxy Note 8.

Samsung has already dropped hints during the company's quarterly results for the quarter ended March 31 that it will announce a "new flagship smartphone in the second half [of 2017]", and even before that, had revealed the Galaxy Note 8 is indeed on the cards, and will be safer than its predecessor that was infamously recalled.

It will be really interesting to see how well the Samsung Galaxy Note 8 is received in worldwide markets especially after the Galaxy Note 7 debacle last year that forced the company to discontinue the phone. With frequent cases of fire on the Note 7, Samsung was last year reported considering killing its Galaxy Note series forever due to the bad name associated with it.