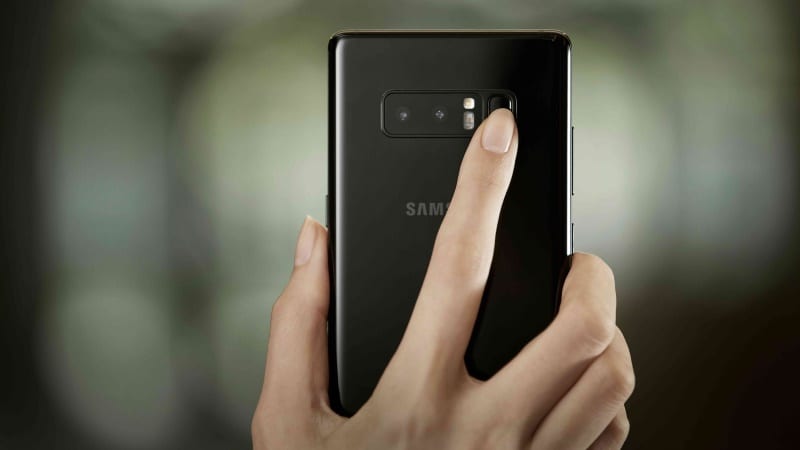 Samsung on Friday announced the global rollout of the Galaxy Note 8 to 42 international markets. The Galaxy Note 8 is now available initially in countries such as the US, Canada, Singapore, South Korea, and other major European countries. Meanwhile, the Infinity Display-powered smartphone is currently up for pre-orders in India, and will start shipping from September 21 at Rs. 67,900 across India. The smartphone will be sold online via Amazon India, Samsung's online store, as well as select offline Samsung stores.

For the specifications, the Samsung Galaxy Note 8 packs a huge 6.3-inch QHD+ (1440x2960 pixels) Super AMOLED Infinity Display with an 18.5:9 screen ratio, the same as Samsung's Galaxy S8 flagship. Apart from this, Galaxy Note 8 comes with features such as iris scanner that can be used as an authentication method for certain functionalities, S Pen as a stylus to jot, scribble, magnify things in addition to some advanced operations like real-time translation of texts and pictures.

Other specifications include a Samsung Exynos 8895 SoC (four cores clocked at 2.3GHz and four cores clocked at 1.7GHz) (Qualcomm Snapdragon 835 SoC in US) coupled with 6GB of LPDDR4 RAM. The Samsung Galaxy Note 8 features a dual rear camera setup, with Dual OIS (optical image stabilisation), wherein there is one 12-megapixel sensor coupled with a wide-angle lens, Dual Pixel autofocus, an f/1.7 aperture, and optical image stabilisation, while the other sensor is also a 12-megapixel, paired with a telephoto lens, an f/2.4 aperture, and optical image stabilisation. The dual camera setup gives the Galaxy Note 8 the capability to offer depth-of-field (Bokeh) effects with real-time and after the fact adjustment, 2x optical zoom, as well as the ability to capture photos simultaneously with each camera. On the front end, there's an 8-megapixel autofocus camera with an aperture of f/1.7.

The South Korean colossus now seems to have moved over its Infinity Display technology with higher-than-usual screen aspect ratios with Galaxy Note 8. Samsung's mobile chief DJ Koh earlier this week said that the company is planning to introduce a foldable smartphone in its Galaxy Note smartphone series by as early as 2018. "We don't want to just sell a couple of the phones. We want it to be mass-ready and at a technological level where people will say it is a well-made phone," a ZDNet report quoted DJ Koh as speaking.