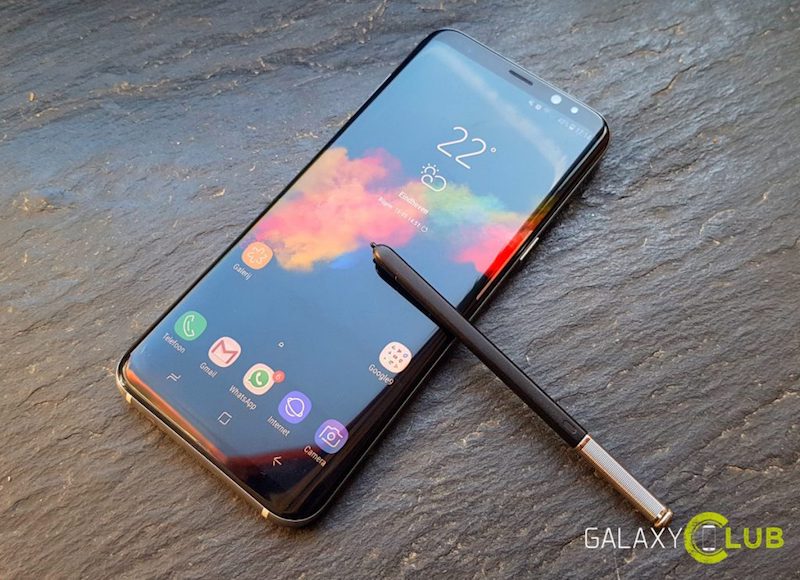 While everybody is eagerly awaiting the launch of the next smartphone in Samsung's flagship Note series, new information has indicated that the Galaxy Note 8 might launch later than earlier expected and cost more than previous estimates. As per a recent news report, the South Korean company might launch the smartphone in late September at a price tag of EUR 999 (roughly Rs. 72,100).

According to a report by VentureBeat, a person who was briefed about the company's launch plans has revealed that the Galaxy Note 8 will be Samsung's most expensive phone yet and will retail for around EUR 999. The smartphone will be unveiled in second half of September and will feature selectively beefed-up features rather than a large screen size difference from the current Galaxy S series flagships, as per the report.

The Galaxy Note 8 is said to feature a 6.3-inch display, slightly larger than 6.2-inch display on Galaxy S8+, with the same 18.5:9 aspect ratio as the Galaxy S8 and Galaxy S8+. Interestingly, Galaxy Note 8 is claimed to be the first smartphone from Samsung to pack dual cameras at the back. Recent leaks have suggested that Galaxy C10 might be the first phone from the company to come with a dual camera setup but this new information contradicts them.

The dual camera setup on the Galaxy Note 8 is expected to sport two 12-megapixel sensors and come with independent OIS (optical image stabilisation) for each lens. The dual cameras on the smartphone have been said to be in horizontal orientation and situated to the left of flash and heart rate sensor. The fingerprint sensor is said to be on the back and to the right of the heart rate sensor.

The Samsung Galaxy Note 8 has been tipped to pack 6GB of RAM and be powered by Snapdragon 835 or Exynos 8895 SoC (depending on the market). Again, this information contradicts earlier reports that suggested that the smartphone will come with the yet-to-be-announced Snapdragon 836 processor.

The Galaxy Note 8 is expected to house a 3300mAh battery, which is notably less than the 3500mAh battery on Galaxy S8+. However, after the explosion cases that were caused due to battery last year, reducing battery capacity might not be the worst of ideas.

Samsung might change things substantially in terms of software. The Galaxy Note 8 is said to bring easier split-screen multitasking, specific features for the S Pen including full-sentence language translation and currency conversion, and ability to stick handwritten notes to the handset's Always-on display.

As per the report, just like the Galaxy S8 and S8+, the Galaxy Note 8 will also come with support for DeX. To recall, DeX dock allows users to convert their smartphones into a full-blown desktop by just connecting it to a monitor.

Going by the earlier pricing pattern followed by the company, the Galaxy Note 8 has been tipped to cost around $900 (roughly Rs. 58,050) in the US. The smartphone will be made available in shades of Black, Gold, and Blue, as per the report.