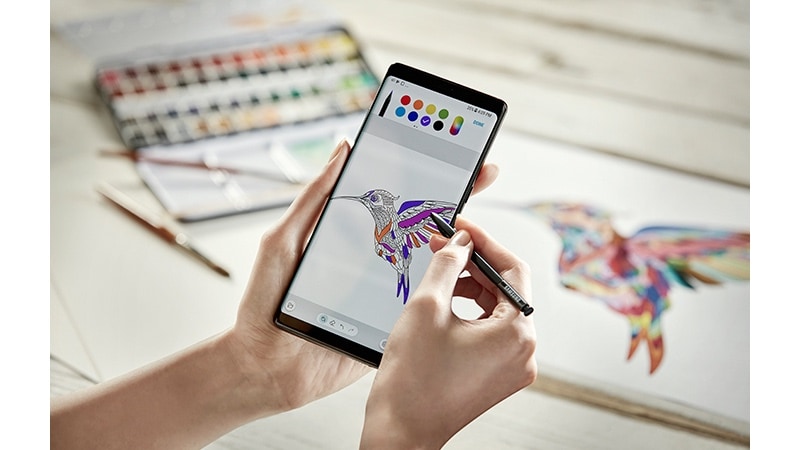 Samsung unveiled the Galaxy Note 8 smartphone at a grand event in New York two days ago, and the flagship device offers great specifications on paper and additional features that make it a compelling buy. However, the battery on the Samsung Galaxy Note 8 has many raised eyebrows, as it packs a 3300mAh battery, significantly smaller than its predecessor Samsung Galaxy Note 7 that sported a 3500mAh battery. Samsung's mobile chief DJ Koh has finally clarified the reason behind this decision, and it mainly was to prevent the fiasco that happened last year, due to which Samsung was forced to carry out a worldwide recall of the Galaxy Note 7.

Korea Herald reports that in a media discussion after the Samsung Galaxy Note 8 went on pre-orders, Koh clarified that the less battery size was a deliberate move to guarantee battery safety. He also clarified that the 10nm process of Snapdragon 835 and Exynos 8895 SoCs improves the smartphone's power efficiency by 30 percent, so the Galaxy Note 8 wasn't losing out much when it came to a smaller battery. He even spoke about the battery degradation had been improved.

"There are some reasons why we can reduce the battery capacity. One of them is the 10-nanometer processor that has enhanced the phone's power efficiency by 30 percent. Users are also allowed to adjust their battery use based on their smartphone use patterns, which increases battery efficiency overall. Now I can guarantee battery safety. The phone will maintain more than 95 percent of battery capacity even after two years of use," Koh said.

One of the main reasons touted for the Galaxy Note 7 to explode was due to the large battery crammed inside, leaving no room for it to expand. Samsung did not want to take any chances this time, understandably, and decided to go with a smaller battery for its Galaxy Note 8.

DJ Koh also mentioned that Samsung expects to sell more than the 11 million units sold during its successful Galaxy Note 5 run. KGI analyst Ming-Chi Kuo also thinks the same; with him predicting 11 to 14 million units to be shipped this year alone. Koh also dampened all rumours of potentially killing the Note series altogether. "I have been frequently asked about the possibility of abandoning the brand. But we cannot give up on a brand that has been nurtured for years and has loyal customers," he said.