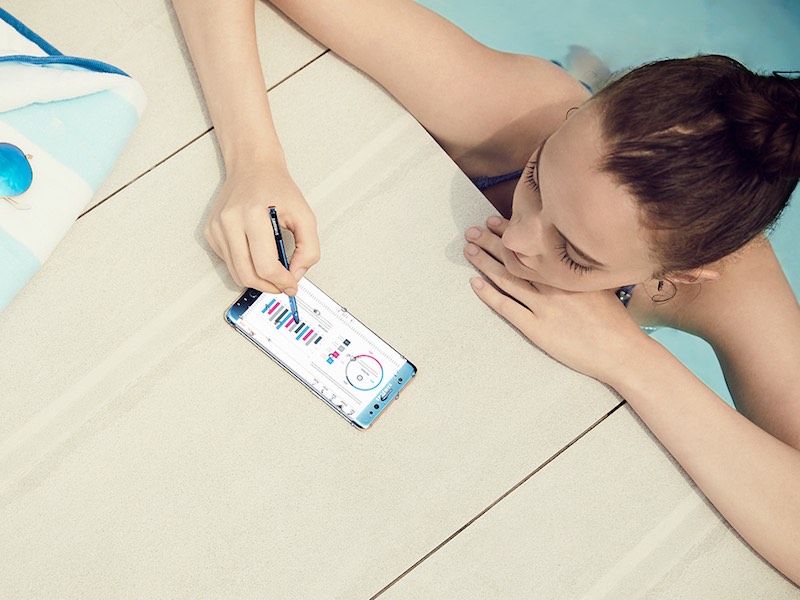 Samsung Galaxy Note 7 was unveiled in New York on Tuesday, and if you are wondering when the newest member of the Galaxy Note family headed to India, there's some good news for you.

Even before the Galaxy Note 7 was officially unveiled, Samsung had started planning for the India launch of the phablet. The South Korean consumer electronics giant on Tuesday started sending early invites for an event on August 11 in New Delhi. According to Fonearena, Samsung's invite simply asks media to 'block the date', and though it doesn't mention the Galaxy Note 7, the company does say the event will see the launch of its next flagship. With just one Samsung flagship launch expected for the rest of this year, it's fair to expect the company is launching the Galaxy Note 7 in the country.

The Galaxy Note 7 will be available starting August 19, and will be offered in Blue Coral, Gold Platinum, Silver Titanium and Black Onyx. For now, no pricing information has been provided, or which markets it will initially launch in, but with an August 11 launch date, it's safe to expect India is likely to be on that list.

The Samsung Galaxy Note 7 is dust and water resistant with IP68 certification. The South Korean company says the new Galaxy Note 7 comes with Samsung Knox security suite with biometric authentication that includes both the iris scanning feature and the fingerprint scanner. Also new is the Secure Folder feature, which is meant to keep private information safe. It is an upgrade over the Private Mode that the company previously offered that hid files but was limited to a few apps. The new Secure Folder stores files as well as entire apps in a secure location.