Samsung Galaxy Note 4 to Be Available in India Same Day as iPhone 6, iPhone 6 Plus 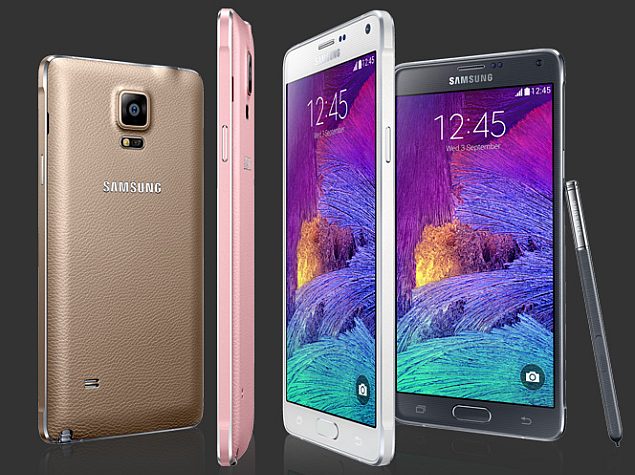 Last week, Samsung sent out invites for the launch of the "The Next Galaxy" on October 14, indicating the India launch of the Galaxy Note 4 at an event scheduled in New Delhi on Tuesday. On Monday, an established retailer shared what appears to be a promotional image of the Samsung Galaxy Note 4 that mentions October 17 as the availability date in India. Incidentally, Apple's much-awaited iPhone 6 and iPhone 6 Plus, which have received record pre-orders, also go on sale in the country on the same date.

Apart from the invite, the company has not indicated a launch date or announced pre-orders for the Galaxy Note 4 in India, but the retailer's information has largely turned out to be accurate in the past.

The Samsung Galaxy Note 4 was unveiled by the company at its pre-IFA 2014 event in September, and it comes with the new S Pen stylus with improved pressure sensitivity, as well as the new Smart Select feature, apart from the new calligraphy and signing pen writing options.

Samsung's Galaxy Note 4 was announced in 4G LTE and 4G LTE Cat.6 (LTE Advanced) variants, depending on the region. The processor will be either a 2.7GHz quad-core processor, or a 1.9GHz octa-core (1.9GHz quad-core + 1.3GHz quad-Core) processor - which is the variant more likely to be launched in India. Both feature 3GB of RAM.

Samsung is also touting the Multi-Window feature available from the Recent button. The Galaxy Note 4 will be available in Charcoal Black, Frost White, Bronze Gold, and Blossom Pink.