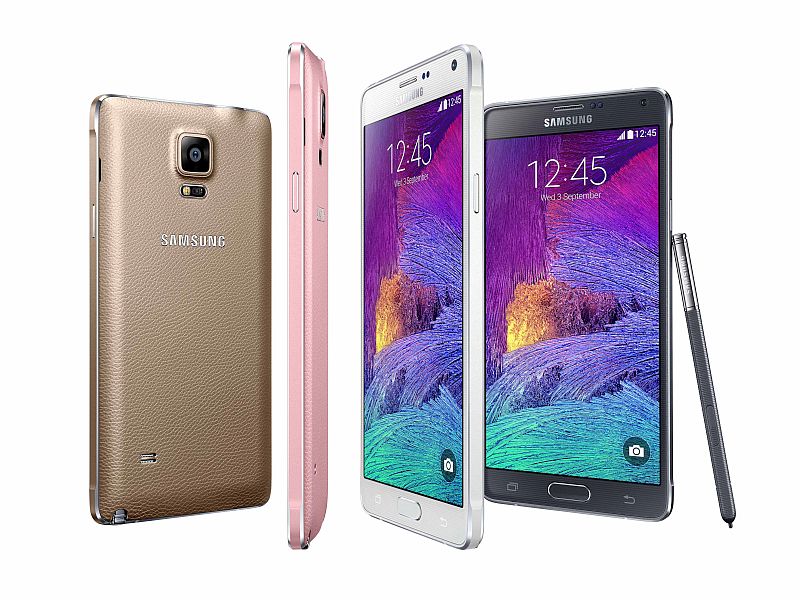 The Android 6.0.1 Marshmallow update is about 1.4GB in size, so we recommend users to switch to Wi-Fi before downloading the update. As per screenshots shared by user (via Sammobile), the Android 6.0.1 Marshmallow update for the Galaxy Note 4 brings new the new Touchwiz UI which provides enhanced usability and an updated visual design; Quick connect that can help users easily find and connect to nearby devices; advanced power saving mode that restricts background data and extends battery life, and a new Vibration pattern.

The update notification on the Galaxy Note 4 also suggests users uninstall the app and then install the new version if the Samsung Gear or Gear Fit Manager app does not work normally after the latest update.

It also warns users that Android 6.0.1 Marshmallow does not support the Decrypt device function. "If mobile is encrypted, encryption cannot be disabled after upgrading," says notification popup.

There is no word whether the Android Marshmallow update also brings monthly security update to the device. The Android 6.0.1 update for the Samsung Galaxy Note 5 introduced the March Android security update apart from adding other changes.

To recall, Samsung Galaxy Note 4 was unveiled back in 2014 and came with Android 4.4 KitKat out-of-the-box with the company's UI running on top.