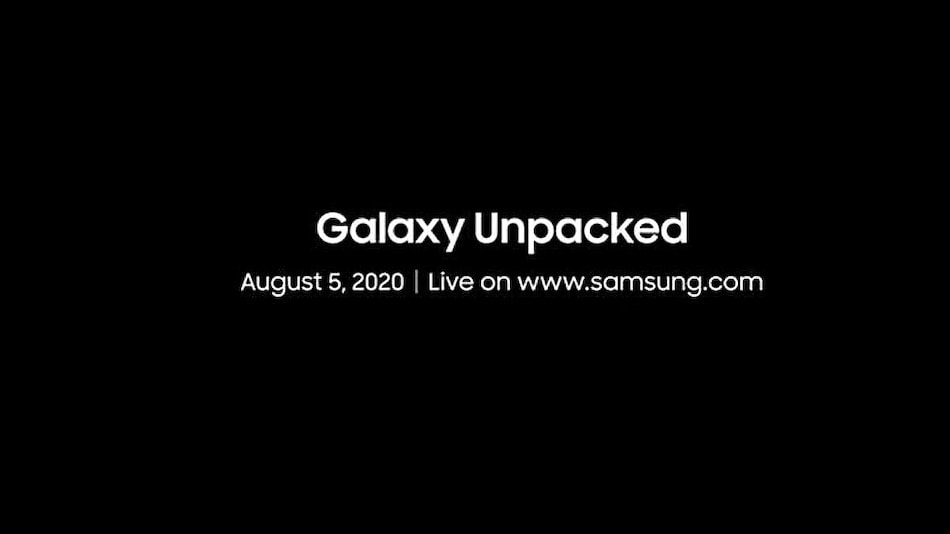 Samsung's next Galaxy Unpacked event will take place on August 5, the company announced on Wednesday. The South Korean tech giant traditionally has unveiled premium Samsung Galaxy smartphones at this event, and this time it is expected to unveil the Galaxy Note 20 series. Previous reports have also suggested that Samsung may introduce the next-generation Samsung Galaxy Fold 2 and the 5G variant of the Samsung Galaxy Z Flip along with Galaxy Note 20 series. More information from the company is expected in the upcoming weeks.

The Galaxy Unpacked event will kick off at 7:30pm IST, the company stated in a blog post. The live streaming of the event will be available at Samsung Global Newsroom and Samsung.com.

Notably, a South Korean publication last month had first tipped the launch of the next premium Samsung Galaxy phones on August 5.