Pre-orders for the Galaxy Note 10 and its Plus variant are tipped to begin on August 7. 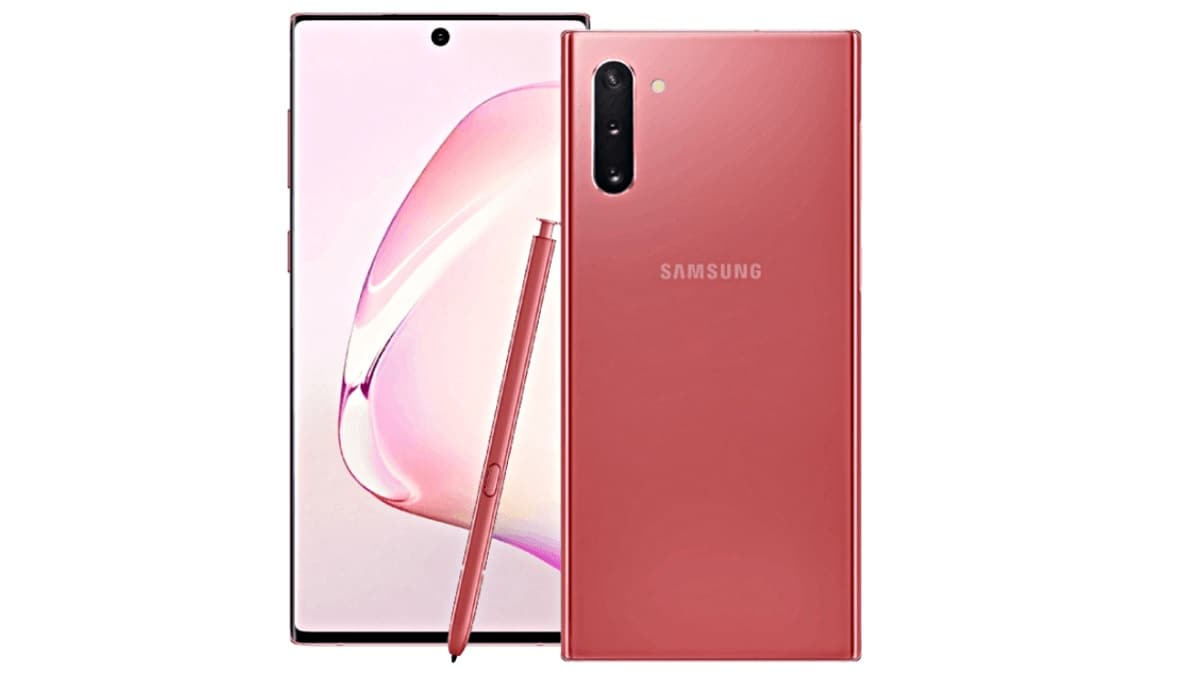 The alleged official renders of the Galaxy Note 10 have so far shown the two upcoming flagships in gradient silver and black colour options, but two more shades have now surfaced online. WinFuture has shared images of the Galaxy Note 10 clad in a red paintjob, which looks more like a dark shade of pink. There is no word on what this colour option will be officially marketed as, but it will reportedly be available in a select few countries only. This particular variant will come with an S Pen flaunting an identical colour profile as the phone itself.

The red colour option is tipped to be available for the Galaxy Note 10+ too. Samsung is rumoured to launch the two phones in blue and green colour options as well. Surprisingly, the latter has already surfaced online in the form of an alleged press render, thanks to tipster Slashleaks. The Galaxy Note 10's green colour variant is shown sporting a gradient design that shifts between green in the upper region and blue on the rear panel's lower region, while the S Pen flaunts a matching green shade as well. However, some reports say that the render of the phone's green variant is a fake, so do process this with a pinch of salt.

Moreover, a Samsung phone carrying the model number SM-N9760, alleged to be the Samsung Galaxy Note 10+ 5G, has received the mandatory 3C (China Compulsory Certificate) approval in China. The phone's 3C certification page, which was first spotted by MySmartPrice, suggests that the phone will offer up to 25W (9V/2.77A) fast charging support. This might well be the same phone that was leaked last week, and will reportedly support 45W charging, thanks to a more powerful charger that will be sold separately.

Lastly, another Samsung phone carrying the model number SM-N976N has been spotted on Geekbench packing the in-house Exynos 9825 SoC paired with 12GB of RAM. The phone in question is tipped to be the Galaxy Note 10+ 5G. But as per tipster Sudhanshu Ambhore – who was the first to spot the Geekbench listing - SM-N976N is the standard Galaxy Note 10 and not its 5G variant. Earlier this month, the Galaxy Note 10 was also sighted on the aforementioned benchmarking platform packing the same processor, but it will vary as some regions will get the Snapdragon 855-powered variant of the phone.

Capital One Bank Targeted in Massive Data Breach
The Family Man, Amazon’s Next Indian Series With Manoj Bajpayee, to Release in September on Prime Video