Samsung is making some bold new choices for its new flagships 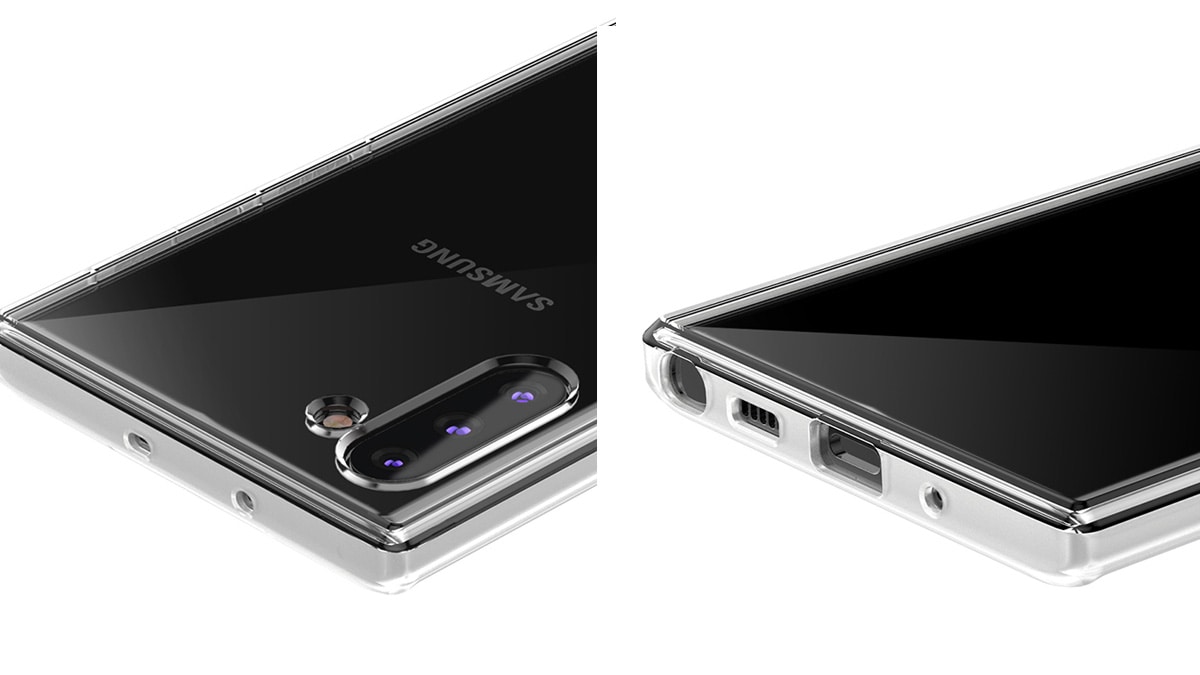 The Galaxy Note 10 series is finally ditching the headphone jack

The floodgates seemed to have opened up on the Samsung Galaxy Note 10 leaks as we have yet again, some more case renders, which show both the phones in more detail. These images, if true, confirm a lot of the previous leaks about the Galaxy Note 10 series ditching the headphone jack, having a single bottom-firing speaker, and no Bixby button. The renders also showcase the different rear camera setups on the Galaxy Note 10 and the Galaxy Note 10 Pro.

The first set of Samsung Galaxy Note 10 case renders were tweeted by Sudhanshu Ambhore (@Sudhanshu1414), who had previously tweeted live images of a silicone case for the Galaxy Note 10 and Galaxy Note 10 Pro. The new images show a render of the top and bottom portion of the Galaxy Note 10 in the case. The top portion clearly shows the left-mounted triple cameras and a single cutout for the LED flash. We can also see two cutouts on the top, which we assume are for the microphone and the rumoured IR blaster. The bottom portion of the phone shows a single speaker, USB Type-C port, a microphone, and the slot for the S Pen.

The Olixar case renders which show the back of both Galaxy Note phones
Photo Credit: Olixar/Mobilefun.co.uk

The renders shared by Ambhore appear to be full-bodied cases (with a top and bottom cover). Other clear cases from case-maker Olixar are also live online, which show the backs of both version of the Galaxy Note 10. The case for the Galaxy Note 10 shows the same triple-camera setup and single LED flash and all three buttons, which are placed on the left of the phone. The case render for the Galaxy Note 10 Pro, has the same three cameras but two additional cutouts for extra sensors, placed just below the LED flash. One of them could be for laser sensor for autofocus while the other could be a Time of Flight (ToF) sensor for depth information. Another render of a tempered glass for the Galaxy Note 10 clearly shows a single cutout for the selfie camera, which is placed in the middle of the display.

The phone is still a couple of months away from launching but we expect a lot more details to leak till that happens, which would confirm many of the rumours we've had thus far. We recently heard that Samsung might finally stop support for expandable storage with the Galaxy Note 10 and it might remove the earpiece too, in favour of a ‘Sound on Display' technology. Thankfully, we'll still have physical volume and power buttons, which the above images also show.