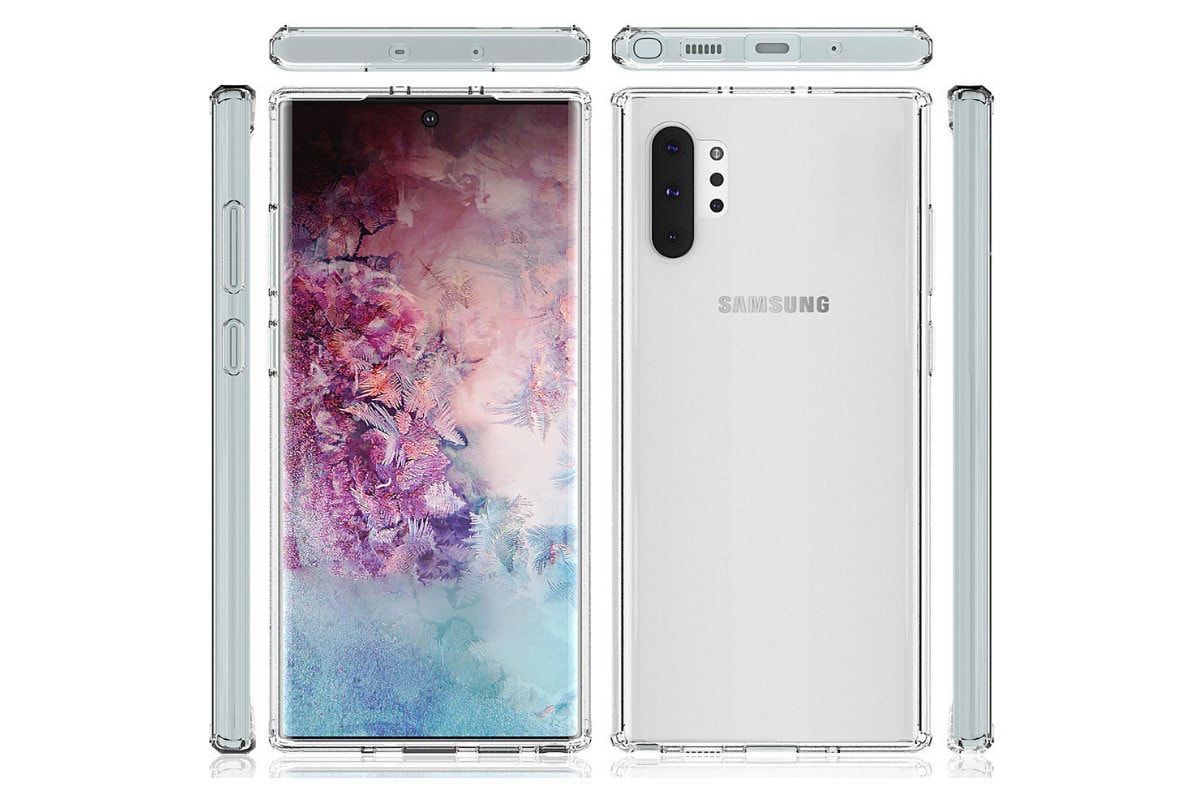 Moreover, according to a tweet by tipster Sudhanshu Ambhore, case renders of the Galaxy Note 10+ leaked online, revealing the handset from all angles. These renders fall perfectly in line with the leaked screen protectors, showing the handset sporting a centre hole-punch selfie camera and a vertically mounted triple rear camera setup. Additionally, if these case renders showing the handset do turn out to be true, then we might even have to bid farewell to the good old 3.5mm headphone jack.

We guess all our questions will be answered on August 7, when Samsung will finally take centre stage at the Galaxy Unpacked in New York, to announce the upcoming Galaxy Note 10 and Galaxy Note 10+. Until then, take this news with a pinch of salt.