Samsung Galaxy Note 10 Lite is said to go official in January next year. 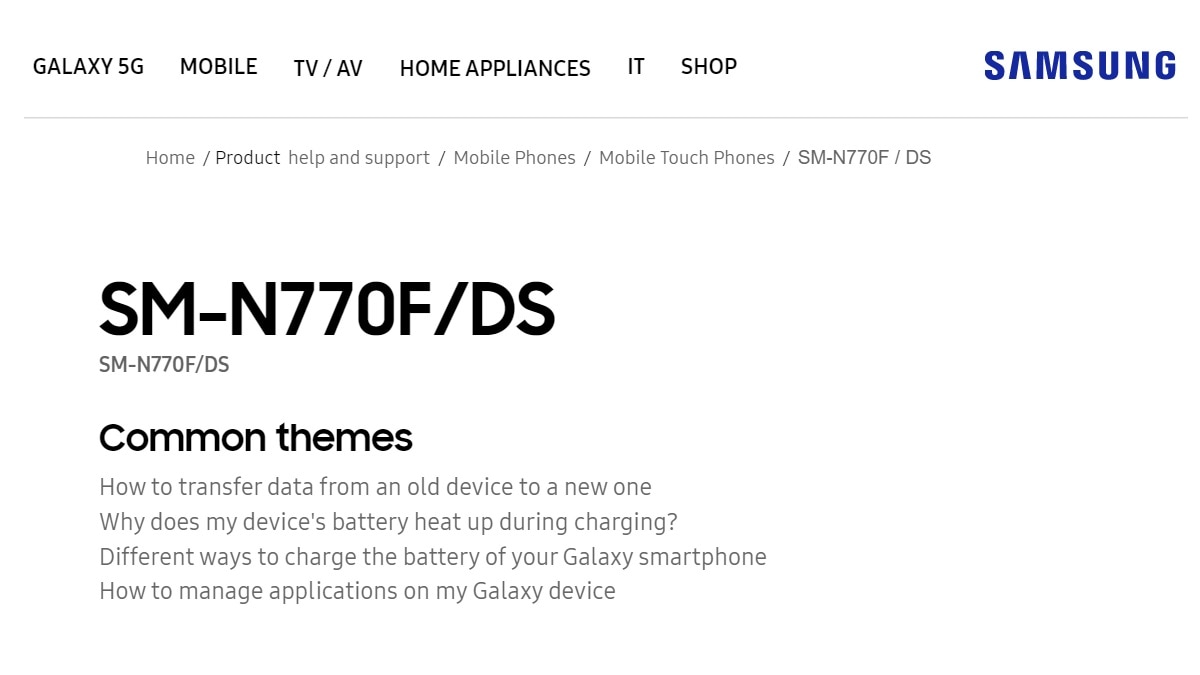 Samsung Galaxy Note 10 Lite has been making rounds of the rumour mill for the past few weeks, and is tipped to launch in January next year. After being spotted on Geekbench and receiving the Bluetooth SIG certification, the phone has now been certified by the US FCC, tipping an imminent launch. Additionally, the support page for the Galaxy Note 10 Lite has gone live on the official Samsung website in multiple countries, suggesting that its launch is on the horizon. And thanks to leaks, we already have an idea as to how the Galaxy Note 10 Lite might look and its internal hardware as well.

The support page of a yet-to-be-announced Samsung phone carrying the model number SM-N770F / DS has gone live on the Samsung Spain website and in a few other countries as well, indicating the phone might go official soon. Now, SM-N770F is tipped to be the model number of the Galaxy Note 10 Lite and was recently caught on Geekbench as well. The support page, which was spotted by SamMobile, does not reveal any details about the phone though.

Additionally, the Samsung Galaxy Note 10 Lite carrying the SM-N770F model number has been certified by the US FCC as well, hinting that it will soon make it to the US market. The phone's FCC listing was first spotted by SamMobile, but the documents on the US regulatory authority's database do not reveal any information about its internal hardware. As per a recent leak, the Galaxy Note 10 Lite will be priced at EUR 609 (roughly Rs. 47,900) upon its launch in January next year.

Concept-based renders of the Galaxy Note 10 Lite suggest that it will inherit the Galaxy Note 10's design and will feature a centrally-positioned hole-punch. The phone will reportedly feature a triple rear camera setup with a 12-megapixel primary shooter and will also retain the Galaxy Note series' signature element – the S Pen. Interestingly, the phone's Bluetooth SIG certification suggests that its S Pen will offer location tracking functionality as well. The phone is also said to pack a 32-megapixel selfie camera. Moreover, the Galaxy Note 10 Lite's Geekbench listing suggests it will draw power from the in-house Exynos 9810 SoC paired with 6GB of RAM, and will run Android 10 on the software side.