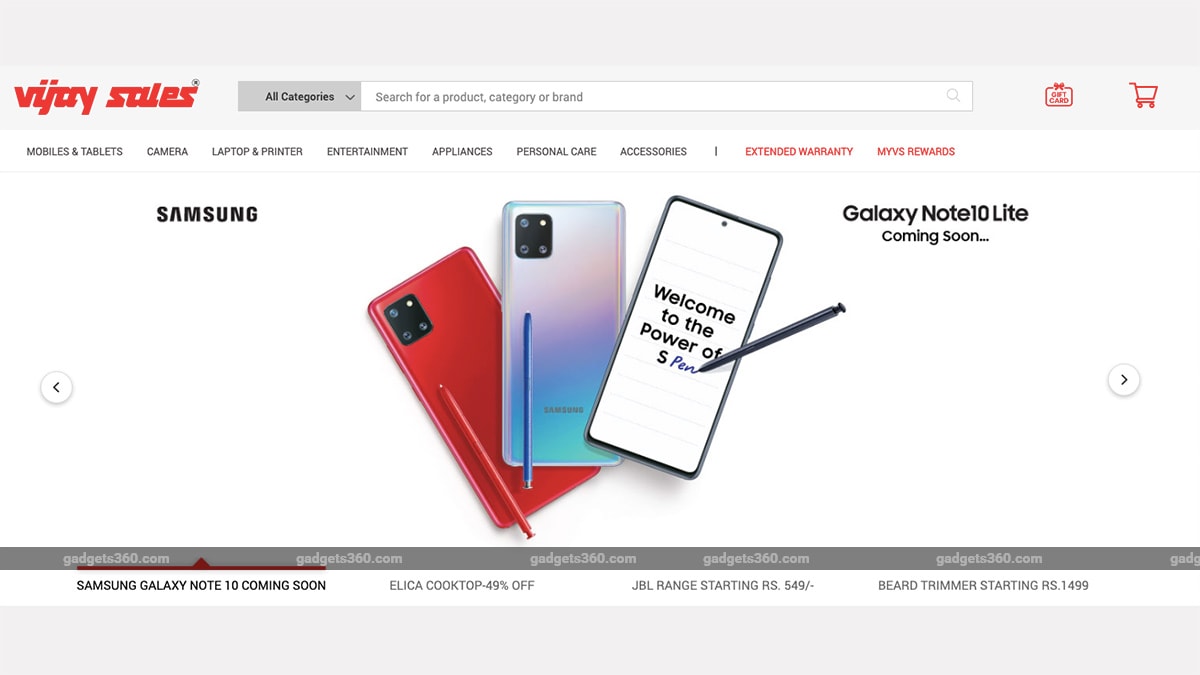 We spotted the banner on popular Indian retailer Vijay Sales' homepage. This hints that the official launch of the smartphone is indeed nearby. The Samsung Galaxy Note 10 Lite is expected to launch at a starting price of Rs. 35,990 in India based on recent reports. This new smartphone features an S Pen stylus just like the Galaxy Note 10 and sports a triple camera setup at the back.

Since the Samsung Galaxy Note 10 Lite has launched internationally, we know that it sports a 6.7-inch full-HD+ Infinity-O Super AMOLED display. The phone also comes with a stylus that works via Bluetooth Low-Energy standard. It is powered by a 10nm octa-core Exynos 9810 SoC internationally but the chipset could vary in different markets. The Galaxy Note 10 Lite sports a triple camera setup at the back and a 32-megapixel selfie shooter. It packs in a 4,500mAh battery and has support for fast charging. It also has an in-display fingerprint scanner.