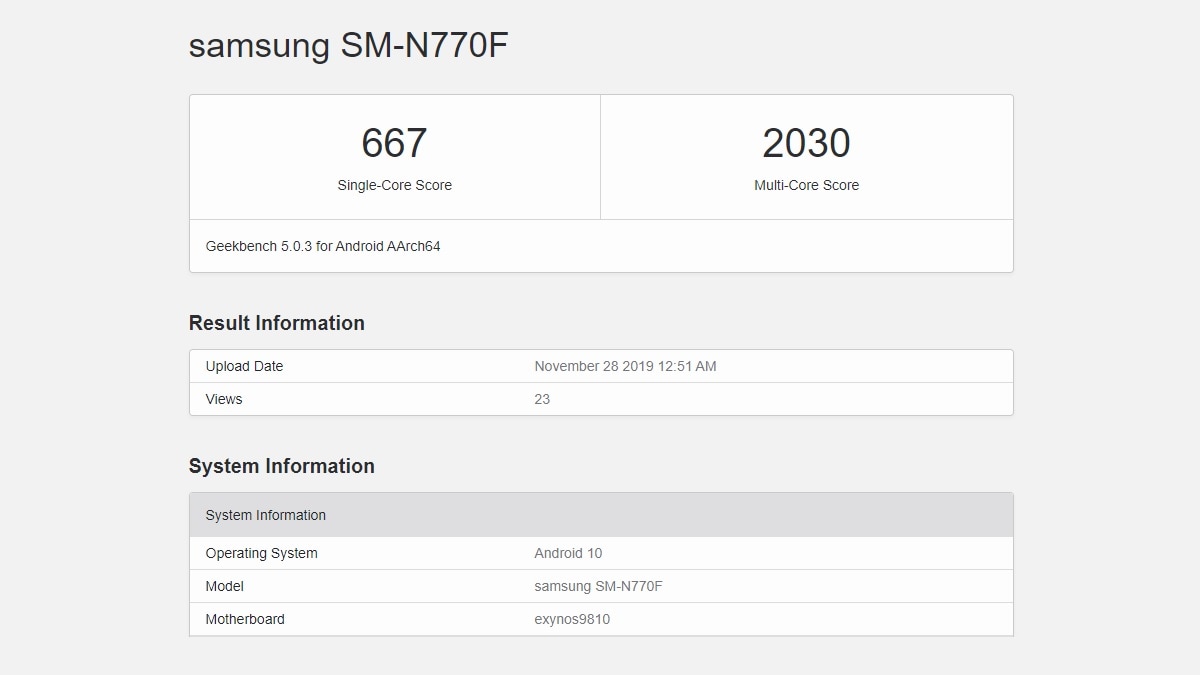 The Samsung Galaxy Note 10 Lite's Geekbench listing was spotted by 91Mobiles and it was uploaded on the benchmarking platform earlier today. The alleged Galaxy S10 Lite was listed on Geekbench with the model number SM-N770F, which is quite similar to the SM-G770F model number of the alleged Galaxy S10 Lite. The Geekbench listing reveals that the Galaxy Note 10 Lite will draw power from Exynos 9810 SoC clocked at 1.79GHz, ticking alongside 6GB of RAM. It must be noted the Exynos 9810 is the same processor that powered Samsung's previous-gen flagships like the Galaxy Note 9 and the Galaxy S9 duo.

Samsung has traditionally launched two variants of its flagship phones – one powered by an in-house Exynos SoC and the other based on Qualcomm's Snapdragon-series. We expect Samsung to do something similar in this case as well and might eventually launch a Snapdragon-powered Galaxy Note 10 Lite in some markets. As per a previous report, the Galaxy Note 10 Lite will be launched in India next month alongside the Galaxy A91.