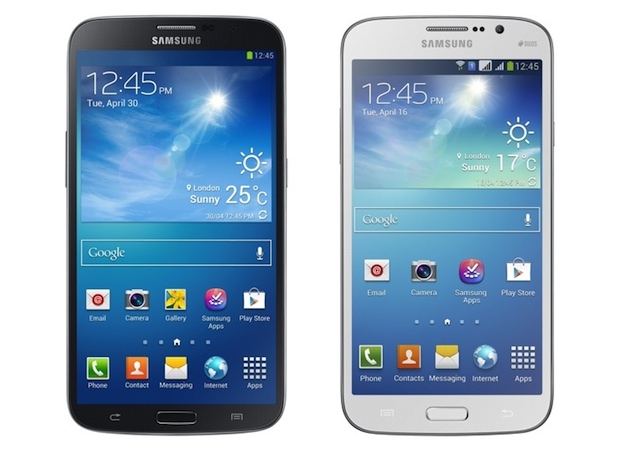 Samsung is expected to launch a number of smartphones under the umbrella of its Galaxy S4 smartphone, and even before the company officially announces them a new report reveals the release timeline of these phones.

Samsung focused blog SamMobile has got hold of an official list from insiders that has launch date targets of the unannounced phones from Samsung including the rumoured Galaxy S4 mini, Galaxy S4 Activ (the rugged version of the Galaxy S4) and the Galaxy S4 Zoom (the camera focused variant), in addition to the officially announced Galaxy Mega 5.8 and Galaxy Mega 6.3 for Europe.

According to the website, the White coloured variant of the Galaxy Mega 5.8 will release in week 20 of this year i.e. between May 13 and 19, while the Black variant will launch between June 17 to 23. The Galaxy Mega 6.3's Black variant is expected to launch in the week starting May 6, while its White version is expected to launch the week starting May 20.

The Galaxy S4 Activ, which is reportedly a ruggedised phone based on the Galaxy S4 platform, is also expected to release in the same week in Metallic Orange colour.

Interestingly, the Galaxy S4 Zoom, a smartphone that has been rumoured to feature a 16-megapixel camera has a target launch date between June 3 and June 9 for the Black variant and June 17 to 23 for the White one. The phone's existence was revealed just a day back.
Comments