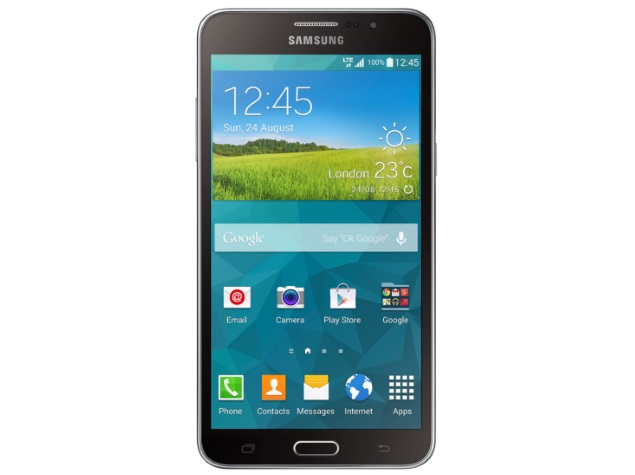 After reports about an imminent launch from earlier this week, Samsung has launched the Galaxy Mega 2 in India at Rs. 20,900.

The new phablet from Samsung is now available to buy from the company's India e-store. On Wednesday, an established retailer from Mumbai had claimed that the Galaxy Mega 2 will be in stock in a few days.

The Galaxy Mega 2 runs Android 4.4 KitKat out-of-the-box, and comes with 8GB of inbuilt storage that is further expandable via microSD card (up to 64GB). It sports an 8-megapixel rear camera with LED flash, while there is a secondary 5-megapixel front-facing camera also onboard. 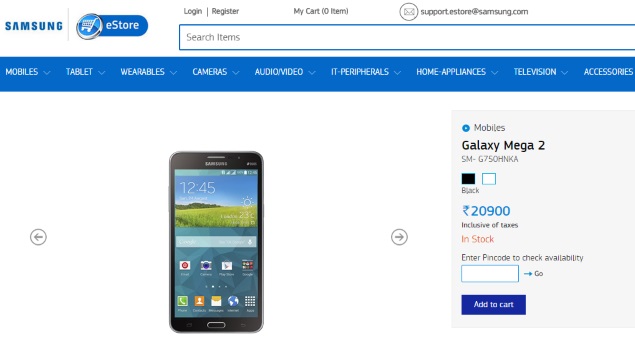 As of now, there is no word on whether the Galaxy Mega 2 is a single SIM device or dual-SIM; however, considering Samsung launched the Galaxy Mega 5.8 last year in India with dual-SIM support, it is probable the new phablet is dual-SIM.

The smartphone packs a 2800mAh battery with no word on talk time and standby time. The Samsung Galaxy Mega 2 is listed in Cosmic Black and Blizzard White colours.

On Wednesday, Samsung quietly announced the Galaxy Core Max by listing it on its China website. As per the official listing, the dual-SIM Galaxy Core Max smartphone came with Android 4.4 KitKat out-of-the-box skinned with the firm's own TouchWiz UI.

The South Korean giant also listed the Galaxy S5 Plus on its Netherlands website, a variant of its flagship Galaxy S5 smartphone.