Samsung Galaxy M62 to Launch in Malaysia on March 3, Could Be Rebranded Galaxy F62 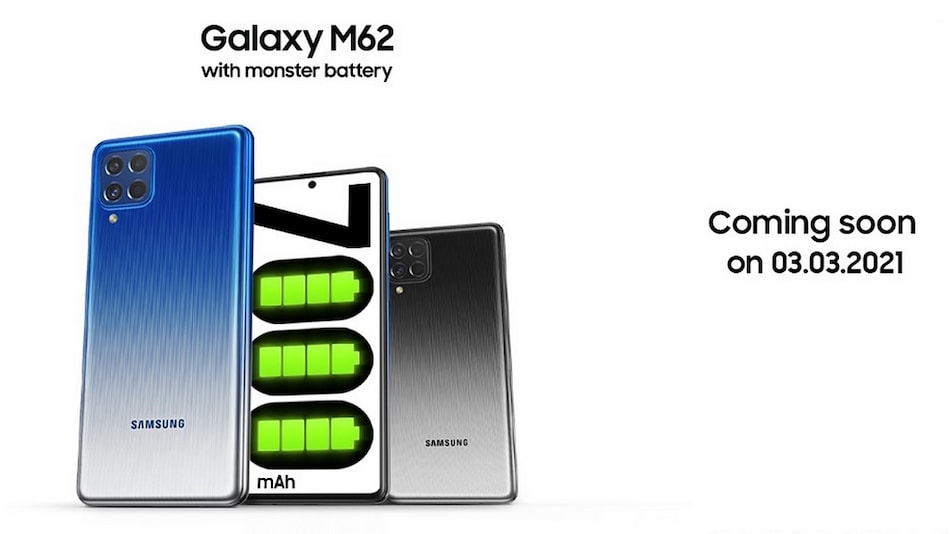 If the Samsung Galaxy M62 does turn out to be a rebranded Samsung Galaxy F62, it can be expected to feature a 6.7-inch full-HD+ (1,080x2,400 pixels) Super AMOLED Plus Infinity-O Display. It may be powered by the Exynos 9825 SoC and get up to 8GB of RAM and 128GB of onboard storage expandable (up to 1TB) via a microSD card. The RAM and storage configuration might change for the Samsung Galaxy M62 launching in Malaysia.

The Samsung Galaxy M62 could come with a quad rear camera setup that includes a 64-megapixel primary sensor, a 12-megapixel secondary sensor with an ultra-wide-angle lens, a 5-megapixel macro shooter, and a 5-megapixel depth sensor. On the front, the hole-punch cutout may carry a 32-megapixel camera sensor. Connectivity options on the Samsung Galaxy M62 could include Wi-Fi, Bluetooth v5.0, GPS/ A-GPS, NFC, USB Type-C, a 3.5mm headphone jack, and a side-mounted fingerprint sensor. The Lazada listing shows a 7,000mAh battery and the phone may support 25W fast charging.