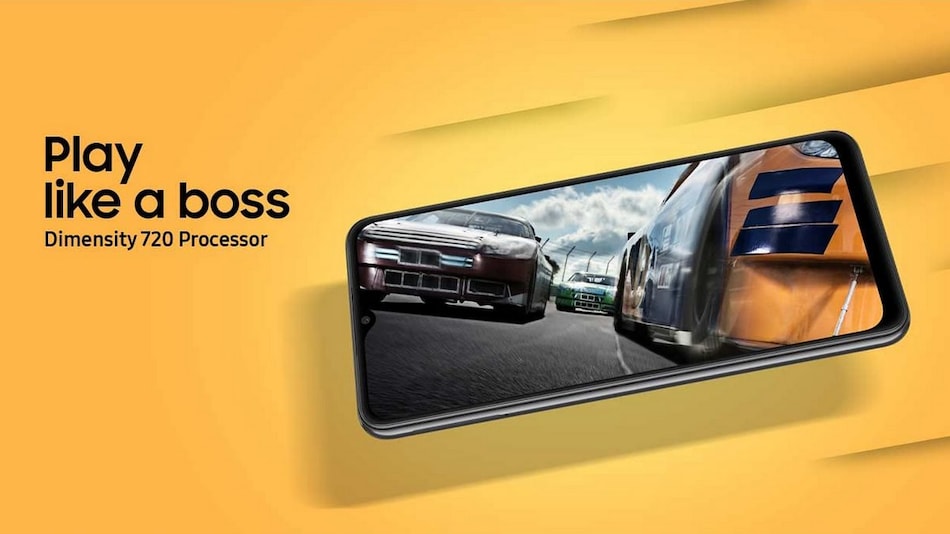 Samsung Galaxy M32 5G will launch at noon. It has a notched display

Samsung Galaxy M32 5G will launch in India today, August 25, at 12pm (noon). Samsung has revealed some of the specifications of the phone through a dedicated microsite on Amazon and the Galaxy M32 5G will be powered by the MediaTek Dimensity 700 SoC. The price of the smartphone has also been tipped. The phone will feature a quad rear camera setup and a notch on the display for the selfie camera. Recently, the price and sale date of the Samsung Galaxy M32 5G was tipped as well. The phone is expected to be a mid-tier offering from Samsung.

Samsung Galaxy M32 5G is scheduled to launch in India today, August 25, at 12pm (noon). There doesn't seem to be an event planned for the launch but the phone will be available for purchase from Amazon and most likely Samsung India website, whenever it goes on sale.

Samsung Galaxy M32 5G is said to be priced between Rs. 20,000 and Rs. 25,000. The phone may go on sale starting September 2 in the country through Amazon, Samsung.com, and leading retail stores.

Amazon has revealed that the Samsung Galaxy M32 5G will come with a 6.5-inch HD+ Infinity V display and will be powered by a MediaTek Dimensity 720 SoC. It will have a quad rear camera setup headlined by a 48-megapixel primary sensor. For selfies and video calls, the phone will have a 13-megapixel camera in the front. It will be backed by a 5,000mAh battery and come with Samsung's Knox Security built-in. The Samsung Galaxy M32 5G will get two years of OS updates and will support 12 5G bands.