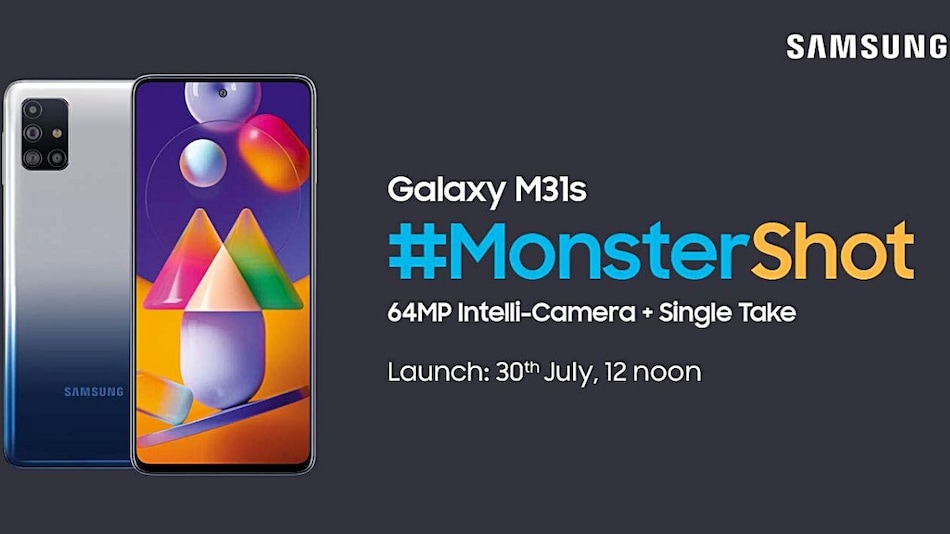 Samsung Galaxy M31s screen size, camera details, colour options, and configurations have been leaked by a tipster. As per the tweet by the tipster, the Galaxy M31s will come with a 6.5-inch display, four cameras on the back, one on the front, and will come in two colour options with two RAM and storage configurations. Just recently, the Galaxy M31s was also reportedly spotted in a Google Play Console listing that hinted at some of the specifications.

The Samsung Galaxy M31s may come in two RAM and storage configurations – 6GB + 128GB and 8GB + 128GB. Additionally, it may come in two colour options namely, Mirage Black and Mirage Blue, according to the tipster.

Talking about the Google Play Console listing, it also stated that the phone will be powered by the Exynos 9611 SoC and 6GB of RAM. However, it mentioned that the Galaxy M31s will have a 420dpi pixel density with a resolution of 1,080x2,400 pixels, but the tipster's number for pixel density is a little different.

The Samsung Galaxy M31s will be launched in India on July 30 at 12pm (noon) via Amazon and as of now, there is no information on pricing.