Samsung Galaxy M22 could be a rebranded Galaxy A22. The phone is said to come with a 6,000mAh battery with 25W fast charging. 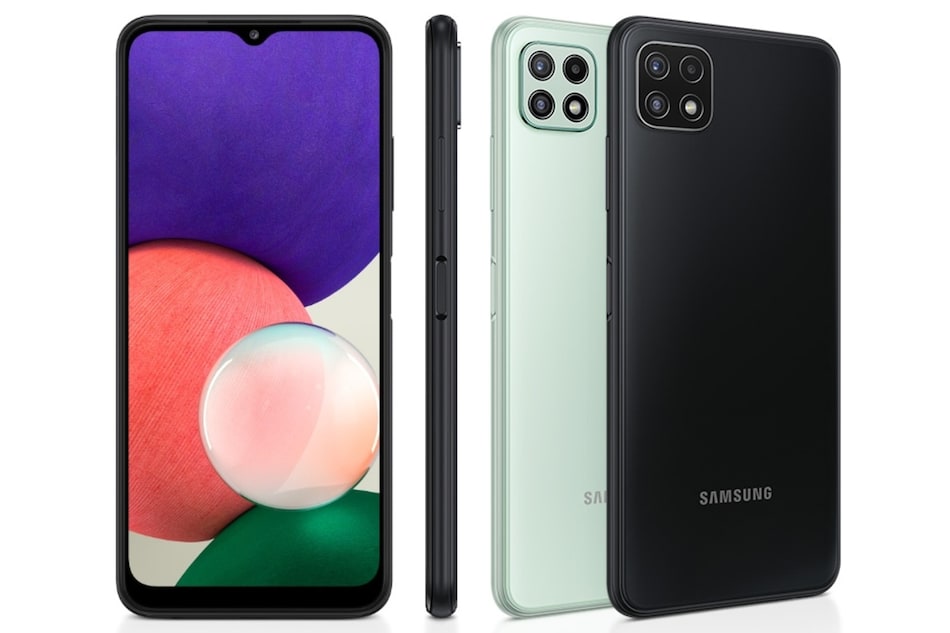 Samsung Galaxy M22 and Galaxy A12s are expected to be the next smartphones from the South Korean tech giant. The two phones have received multiple certifications suggesting the company will make them official soon. The Galaxy M22 is said to carry model number SM-M225FV which has been spotted on Thailand's NBTC website and Indonesia's TKDN website. On the other hand, Samsung Galaxy A12s has been spotted in an official support page as well as on TKDN certification website.

Samsung is expected to soon unveil two budget friendly offerings named Galaxy M22 and Galaxy A12s. Starting with the Galaxy M22, a report by Nashvillechatterclass states a phone with model number SM-M225FV — believed to be the Galaxy M22 — has made its way to Thailand's NBTC certification website as well as Indonesia's TKDN website. This is said to be the 4G variant of the phone which was also spotted in a Bluetooth SIG listing, US FCC listing, and a Geekbench listing in the past two months.

These listings suggest the Galaxy M22 will support 4G LTE connectivity, have 4GB of RAM, and carry the MediaTek Helio G80 SoC under the hood. The phone is also said to support Bluetooth v5.0, NFC, as well as 25W fast charging for its 6,000mAh battery. The Galaxy M22 could arrive as a rebranded Galaxy A22.

Coming to the Samsung Galaxy A12s, along with a TKDN website listing, the phone has also been spotted on Samsung's Philippines support page with model number SM-A127F/DS — ‘DS' suggesting dual-SIM support. The same model number has been reportedly spotted in a Bluetooth SIG listing as well. Very little is known about the rumoured Galaxy A12s in terms of specifications, but it is expected to be a tweaked version of the Samsung Galaxy A12 that launched in November last year.

It should be noted that Samsung has not shared any official information on the Galaxy M22 or the Galaxy A12s and it is unclear when the two phones will be unveiled.