Samsung Galaxy M21 will launch on Wednesday, though the company had initially announced a Monday launch. 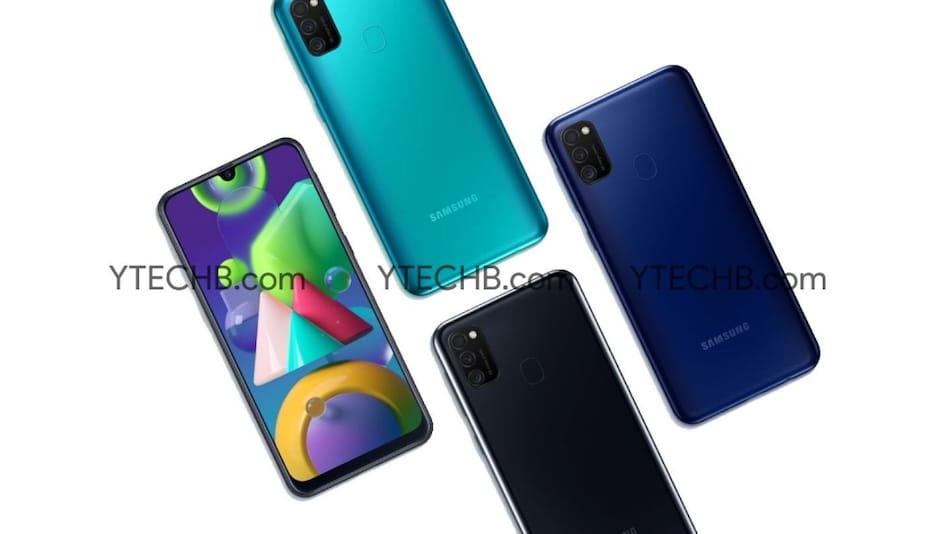 Samsung Galaxy M21 will be a successor to the Galaxy M20

Samsung Galaxy M21, earlier slated to launch today March 16, is now due to launch on Wednesday, March 18 - Samsung confirmed the development in a statement to Gadgets 360 today. Now, ahead of phone's launch, the Galaxy M21 specifications and press renders have been leaked in a report. Notably, Samsung had already teased a few specifications - such as a 48-megapixel triple rear camera setup, 6,000mAh battery, and Super AMOLED display - and revealed the smartphone in a render itself, thus what the leak tips is not entirely new.

The Galaxy M21 will come packed with Samsung's octa-core Exynos 9611 SoC, integrated with the Mali-G72 GPU. It will come in two RAM options - a 4GB RAM and a 6GB RAM option. On the storage front, the phone is rumoured to come with two options - 64GB and 128GB of internal storage. On the software front, the Samsung Galaxy M21 will come with Samsung's One UI 2.0 based on Android 10. These specifications are close to an earlier Geekbench listing of the Samsung Galaxy M21, which reported the phone coming with the same processor and storage options.

The phone is also confirmed bv Samsung to come with a massive 6,000mAh battery along with 15W fast charging. The report also supports earlier reports of Galaxy M21 coming in three colour options. According to the alleged press renders of the Samsung Galaxy M21, the phone will come in a Blue, a Black, and a turquoise-like colour.