Samsung Galaxy F12 is said to be next in the new F series and it may carry model number SM-F127G. 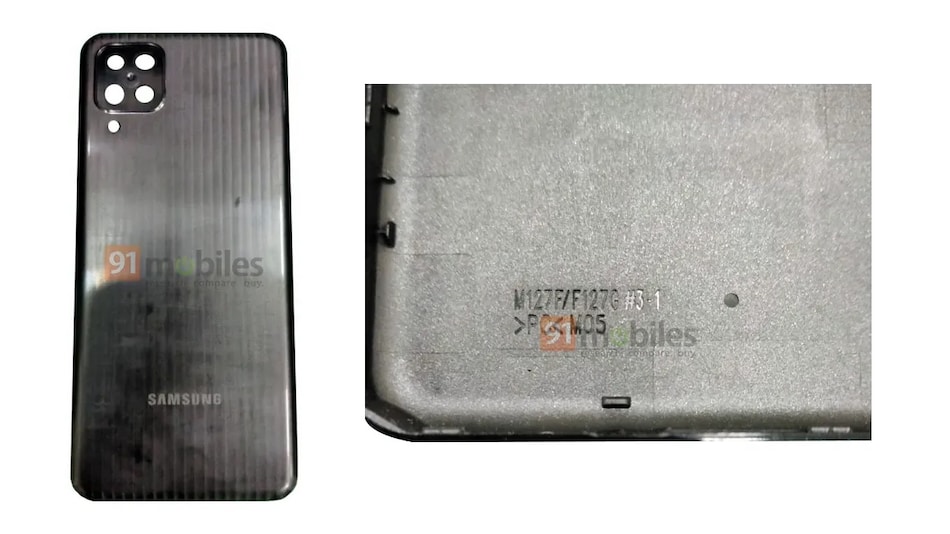 According to a report by 91Mobiles citing industry sources, the Samsung Galaxy M12/ F12's back panel has been leaked through live images. The back panel shows a square camera module with four circular cutouts suggesting that the phone in question will come with a quad rear camera setup. A USB Type-C port, speaker grill, and 3.5mm headphone jack can be spotted on the bottom as well. However, what's more interesting is that on the inside of the back panel, ‘M127F/ F127G' has been etched.

Looking at the similarity between the two model numbers, it could be that the Samsung Galaxy F12 comes as a rebranded version of the Galaxy M12. However, the panel also shows ‘M05' etched on it, which adds another possibility that this phone gets launched as the Samsung Galaxy M05.

The report further adds that the Samsung Galaxy M12/ F12 will feature a 6.7-inch display with a hole-punch cut out for the selfie camera. It is said to come with a massive 7,000mAh battery as well. This won't be the first time Samsung has equipped a phone with such a massive battery. The Galaxy M51 also sports a 7,000mAh battery.

Samsung's F series is the newest series of smartphones that, as of now, includes the budget friendly Galaxy F41. The Galaxy F41 is a rebranded version of the Galaxy M31 which further suggests that the Galaxy F12 will indeed be a rebranded Galaxy M12.