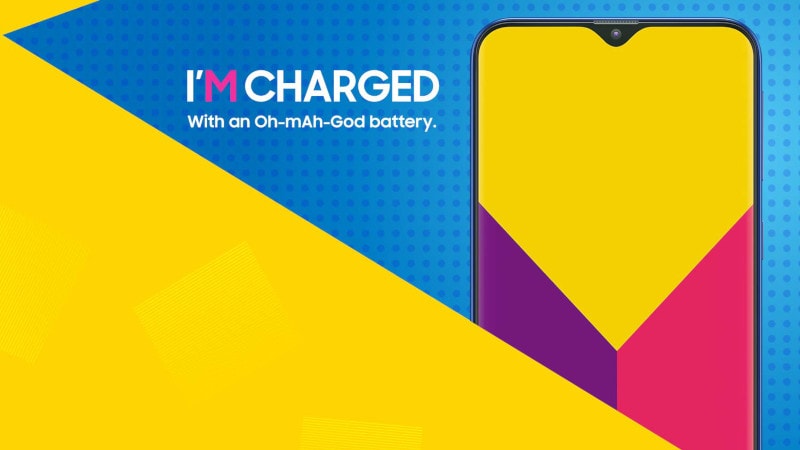 Samsung is yet to officially unveil the Galaxy M-series, but ahead of the January 28 launch event, the company has indirectly confirmed two smartphones from the series and assured that they will receive the Android 9 Pie update. Samsung's roadmap for Android Pie in the Samsung Members app suggests that the Samsung Galaxy M10 and Samsung Galaxy M20 will get Android Pie in the future. However, this also means the two phones that will be launched next week will come with the older version of Android out-of-the-box, most likely Android 8.1 Oreo. According to the company, it is targeting the millennials with the upcoming Galaxy M-series. Developed exclusively for the Indian market, the Galaxy M-series phones will take on the likes of Xiaomi, Vivo, and Oppo in the country.

SamMobile was the first to spot these two smartphones in the Members app list. The Samsung Galaxy M10 and Samsung Galaxy M20 are listed to get Android Pie sometime in August this year, and that's stretching it with regards to software support. The two phones should ideally be launched with Android Pie running out-of-the-box, but if that isn't the case, Samsung should be working overtime to roll the update out to these new handsets as soon as possible. However, this listing could well just be a mistake, and could be removed soon, given that the phones haven't even launched yet.

This little slip-up in the Members app lends more weight to the launch of these two phones next week. A recent report suggests that the Samsung Galaxy M10 price will start at Rs. 7,990, and the Samsung Galaxy M20 will retail from Rs. 10,990. The smartphones will be available on Amazon.in and Samsung Online Shop from February 5, the company separately confirmed to Gadgets 360.

The first-ever 'M' series smartphones will feature Infinity-V display and massive battery power, and they are being manufactured for the millennials at Samsung's facility in Noida - the world's largest mobile phone factory. The Samsung Galaxy M20 will reportedly house a massive 5,000mAh battery while the Galaxy M10 will house a 3,500mAh battery.

The Samsung Galaxy M10 is tipped to include a 6.2-inch HD+ (720x1520 pixels) display, be powered by 14nm octa-core Exynos 7870 SoC, coupled with 2GB or 3GB of RAM. On the imaging front, Samsung is reportedly planning to include a dual-camera setup on the back of Galaxy M10 with 13-megapixel primary sensor and 5-megapixel secondary sensor. The Samsung Galaxy M10 will reportedly run on Android 8.1 Oreo, be 7.7mm thick, and weigh 160 grams.

Huawei Clarifies It Is Not Auto-Deleting Twitter Images From Smartphones
Anthem Demo Release Date, Download Size, System Requirements, and Everything Else You Need to Know