Samsung Galaxy M02s is powered by the octa-core Snapdragon 450 SoC and the Adreno 506 GPU. 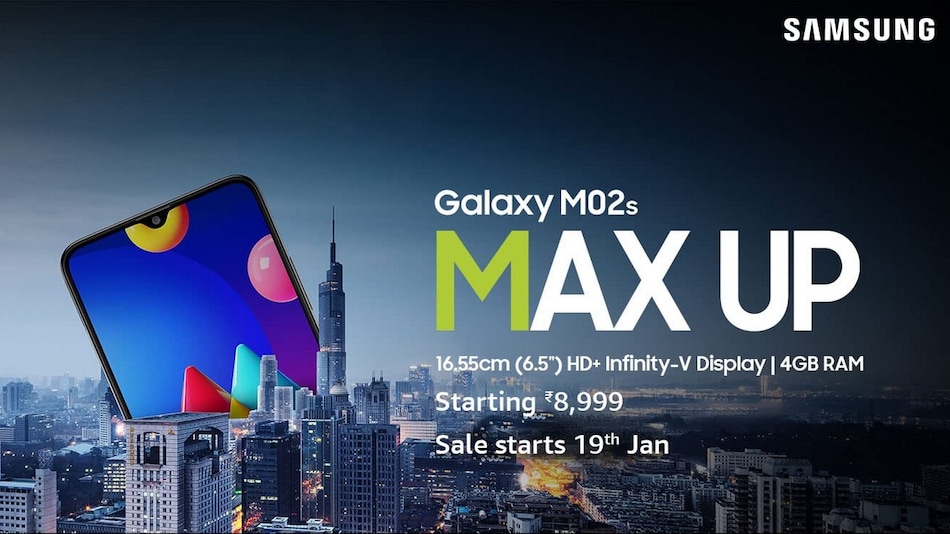 Samsung Galaxy M02s will go on sale in India on January 19 as per its Amazon listing. The phone was launched last week and was teased to go on sale “soon”. Galaxy M02s is a budget-friendly offering from the company and comes in two RAM and storage configurations, as well as three colour options. The phone is powered by an octa-core processor and packs a large 5,000mAh battery. Samsung Galaxy M02s has a triple rear camera setup and a notch for the selfie shooter.

Samsung Galaxy M02s runs on Samsung One UI based on Android 10. It features a 6.5-inch (720x1,560 pixels) HD+ TFT LCD with a 20:9 aspect ratio and a waterdrop-style notch. Under the hood, the phone is powered by the octa-core Snapdragon 450 SoC and Adreno 506 GPU. It comes with up to 4GB of RAM and up to 64GB of internal storage expandable via a microSD card (up to 1TB).

For photos and videos, the Galaxy M02s has a triple rear camera setup that includes a 13-megapixel primary sensor, a 2-megapixel depth sensor, and a 2-megapixel macro lens. Up front, there is a 5-megapixel selfie camera with an f/2.2 aperture housed in a tiny notch. The volume and power buttons are located on the right side and the rear cameras sit flush with the phone's back panel.

Samsung Galaxy M02s is backed by a 5,000mAh battery with 15W fast charging support. The phone is 9.1mm thick and weighs 196 grams.